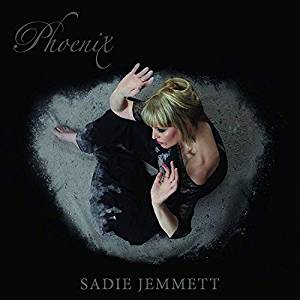 
Sadie Jemmett follows up her 'Don't Silence Me' single in support of Hollywood actress Mhari Morrison with a fully formed album that delves into a range of subject matters; the more poetic themes of love, loss and remembrance collide with a more defiant view on political and world issues. Ron Sexsmith's "she has a real nice way with a song" may seem a little trite and superficial especially as she takes the credit for writing and performing all the tracks (save the lyrics to 'Wedding Song' by Michael Symmons Roberts).

Of course, the driving shuffle of 'Don't Silence Me' is a central track of the album but there's an easy paced atmosphere regardless of subject matter. The opening gambit of internet dating reality in 'Rescue Street' is dressed in an easy AOR/MOR/country vibe and while 'A Fighting Chance' sounds ominous it turns out as an intimate and heartfelt plea of a love song and sits amidst a collection that skirts round a cool lounge jazz and blues ambience and amidst a general melancholy mood.

Possible star track, 'Good Friday' is one of several fuller arrangements yet remains understated and subtle with its string arrangement and there's a spacious widescreen quality to 'The Wilder Shores Of Love'; quivering and windswept and directed at the refugee crisis.

You can see the magnetic draw that's grabbed the attention of the Lou Reeds and Yoko Onos of the world with the pull of the thought grabbing material. Like the phoenix of the title, Sadie Jemmett is rising above.