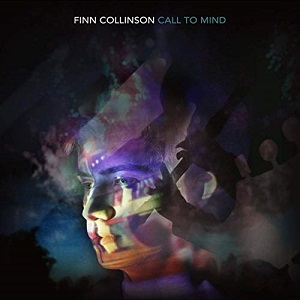 
It is really quite a rare thing these days to hear a folk album based on the recorder. Instrumentalist Finn Collinson has chosen to release his debut album “Call To Mind” with such a focus, but before you all shout in horror that it will be like ‘Emily playing her school recorder through the wall of the adjoining semi’, this is a work of true quality. If schools had any sense this is the kind of stuff they’d be teaching their music pupils.

“The January Walk” provides the album with a vibrant start, driven along by bouzoukis and acoustic guitars, with “Elk River Blues / Chain Cotillion” giving a more sedate mood. The first of these is a beautiful Air, and the second has a hornpipe quality to it introducing Archie Churchill-Moss on diatonic button accordion, the first of a number other acoustic, woodwind or percussive inclusions. It’s a measure of Collinson’s quality that he was able to recruit such a high quality of ‘special guest’ musicians to play on this album: Churchill-Moss (Sam Kelly & The Lost Boys – guitar and button accordion), Katriona Gilmore (Gilmore & Roberts – fiddle), and Josh Clark (Kate Rusby – percussion, electric bass) together with Emma Beach (oboe, cor anglais, vocals), Jonno Gaze (drums, percussion), Tom Leader (double bass, guitars), and his sister Rowan Collinson (fiddle).

Continuing with the traditional “Hanging Johnny” Collinson provides the vocal for the story, with “Evie’s & Emma’s” beginning as an Air and building into a foot tapping folk tune, with superbly crafted acoustic guitar rhythms. “Ordinary Streets / Orange in Bloom” introduce an almost medieval atmosphere with Collinson’s recorder backed by subtle melodeon and a percussion section that I am struggling to describe as anything other than ‘Elizabethan’. It’s a unique mix, and for me creates one of the stand out pieces on the album.

Collinson duals the lead vocal with Emma Beach for “Banks of the Nile”. The voices are as flawless as the playing that pervades this excellent album. Starting as an almost acapella song this takes a traditional tune and builds in a contemporary beat and instrument mix that Seth Lakeman and his band would be proud of. The pace slows with the delicately structured and quite gorgeous “FolkEast Waltz”, and while the album combines a variety of songs and tunes that are differently paced, nothing feels out of place.

The curiously titled and rhythmic “Aardvark” showcases some of the finest recorder playing on the album, and reminds me of the instrumental offerings on Wolfestone’s 1997 ‘Pick of the Litter’ album. Terrific stuff. “Black Mountains” begins with Collinson playing solo, delivering a tune that will pull at the heartstrings, blending melancholy with hope, recorder with oboe.

The acoustic guitar beginning to Jimmy Rankin’s “Orangedale Whistle” changes the mood, adding gentle cajun dimension to this classic song. It feels like the musicians had fun with this one. The album concludes with “Tune for the Bullfinch” is stunning, and a fitting way to end a record of this quality. It feels like a reflection on what has gone before, the calm after the occasional storm, played with exceptional care and is an absolute gift.

The playing is magnificent, the tunes and songs on this fine piece of work are carefully crafted, and if you haven’t heard more of Finn Collinson before this year is out I will eat my hat (the cop-out here being that I don’t own one). A BBC Young Folk Award semi-finalist, this album will surely make you wonder how he didn’t win the competition outright. “Call to Mind” is one for the collection.