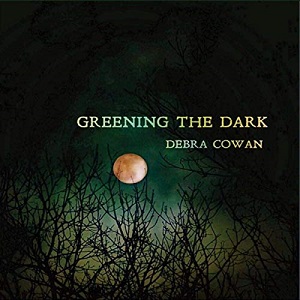 
Debra's taken a while to get around to following up her last solo CD (the wonderfully accommodating live set Among Friends), but happily she's still managed to get across the pond from Boston, Massachusetts to entertain us on a fairly regular basis. The old familiar scenarios have intervened, such as studio time and collaborative opportunities being at a premium and finances being stretched, but here at last I'm holding the fruits of Debra's latest studio recording project - and it's a stunner, no mistake (I'm still reeling from the impact!)…

Initial disappointment at there being only six tracks is very soon dispelled when you hear their astounding quality, and it's definitely one of those "imperative play it again straightway" CDs. It's abundantly obvious that a hell of a lot of thought and work has gone into this record, and (lay my cards on the table time!) even tho' I always count Debra as one of the most engaging live performers she's surpassed even her own high standards with this collection. It plays to her strengths, and then some! For a start, there's her truly great singing - for I'm convinced she's never sounded better; the glories of her soaring voice, the confident tone and captivating range, are spotlit so very accurately. Ah, but then you notice the crucial legend "arranged and produced by Dave Mattacks" (need I say more?) - top-drawer quality assured, then! - while the personnel credits list nine crack musicians, no less (although the judiciously configured, lovingly textured soundscape ensures no individual element or contribution is in danger of being swamped, least of all Debra's glorious singing). And last but not least, a glance at the tracklist fair makes the ears water in anticipation - a choice selection of (predominantly) contemporary songs by today's folk-finest, a grouping that, while undeniably something of a departure from her customary recorded repertoire of lesser-known traditional and US-originated material, may nonetheless not come as a complete surprise to those who know Debra's live repertoire and exceedingly good taste. For here she's honed in exclusively on songs by just a few of her (and our) favourite English songwriters: songs to which she responds keenly and, importantly, songs that both suit her style and personality and in her hands prove to yield fresh interpretive insights. In this regard I was particularly taken with Debra's urgently pulsing account of Emily Portman's Bones & Feathers which opens proceedings, while it was something of a masterstroke to almost-segue this song into a sturdy, beefily upholstered take on The Hills Of Greenmore (the disc's one non-original) which proudly resounds, almost in tribute to the mighty Steeleye version (on Hark! The Village Wait) where I suspect many of us first encountered that song. (And as an aside for fellow-folk-rock nerds, although Dave Mattacks himself had played on the original 1970 Steeleye album, it was Gerry Conway who drummed on that particular track.) Elsewhere, Richard Thompson's The Old Changing Way is given a uniquely doleful flavour with the use of hammer-dulcimer tone (I'm guessing DM's keyboard); this song fits well with the late Lal Waterson's haunting tale of Anna Dixie (featuring some lyrical fiddle from Joyce Andersen). In contrast, Lester Simpson's Polly On The Shore receives a sparky, invigorating uplift. The disc finale is a majestic and heartfelt rendition of John Tams' harrowing war-themed Scarecrow, with telling contributions from John Roberts (concertina) and Tom Palance (flugelhorn). I could easily namecheck all of the musicians, but space is limited so I'll just single out Duke Levine's exemplary (and sometimes distinctly Thompson-esque) guitar work for now.

The whole labour of love is sturdily encased in an impeccably designed, attractive digipack with full credits, scrupulous attention to detail, evocatively "dark" cover pic and a photo montage of all involved.

This six-tracker is an absolute belter in its own right, a veritable jewel of mature, intelligently realised folk-rock, but (at the risk of sounding churlish) I guess a full album's worth would've been too much to expect, since this EP alone has been almost 13 years in the making! Even as it stands, though, it's undoubtedly a disc to treasure, and a brilliant showcase for Debra and her intuitive collaborative partnership with Mr. Mattacks.