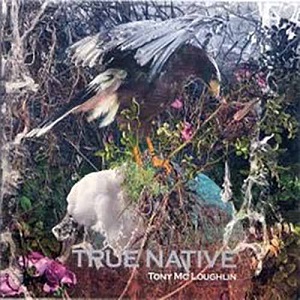 
Irish-born and based in the south east of the country, this is his seventh studio album, produced under the auspices of Philip Donnelly. Marrying outlaw Americana with echoes of Springsteen, Petty, Young and Bap Kennedy, it opens with the steady marching rhythm of the moody, nasally sung, 'Blood On Blood, proceeding to the similarly paced, five-minute plus ode to running free, 'Flying Bird'.

'The Colour Of Spring' is a more mainstream Irish-country chug while the heritage-themed 'True Native'' casts its gaze to Springsteen's dusty ballad horizons and Treeline', featuring Jean Anne Chapman Tarleton on harmonies take a more twangsome midtempo direction, but then he opts for some restrained riffing boogie on 'Here Comes The Wind', and you can't help feeling it should be let off the leash a little more.

A decent enough but slightly colourless cover of Butch Hancock's 'If You Were A Bluebird' is sandwiched between the ploddingly broody bluesy groove of 'Below Zero' before things end back in country fields with the wistful, Guy Clark-tinged fingerpicked 'Mercury', harmonica surfacing in the final stretch.

To be honest, while pleasant enough, this doesn't really stand out from the crowd, largely content to ease along with ever sparking the sort of energy the songs suggest they could.

Pour Me A Drink