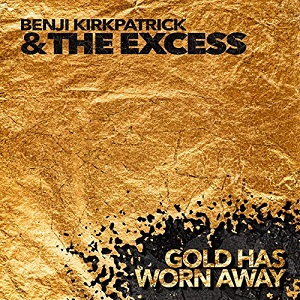 
Benji Kirkpatrick seems to have been everywhere and done everything in his career thus far, invariably enjoying a high profile for his high-energy performances and impact-full virtuosity whatever the context and format. His journey has taken him from successive acoustic-based solo albums for WildGoose and Fellside onto the harder-edged Navigator album Boomerang, at the same time serving a crucial lengthy stint with Bellowhead and then on to current membership of both Faustus and Steeleye Span - an impressive pedigree by any standards. But it had been said, why should he be content with "half a fruit pie"? For as a massive long-term fan of classic rock power trios (especially The Jimi Hendrix Experience, Cream and The Police), it was inevitable that some day soon he would come to adopt this "perfect instrumentation" format for his own ends. The acclaimed Bendrix Songs (2015) album was a whole disc of his well-intentioned and stimulating new interpretations of prime Hendrix songs, which proved almost incidentally that the rock idiom really does suit Benji's musical sensibilities.

Gold Has Worn Away takes this to its logical next stage, a full-blown power-trio project of his own that teams Benji with percussionist Pete Flood (his erstwhile musical partner in Bellowhead) and in-demand session bassist Pete Thomas. There's some backing vocal from either Rowan Godel or Janie Mitchell on four tracks, but otherwise it's just the straight trio all the way. Hardly an "excess" then, you might say - except in the sense of an excess of talent brought together on one small stage. Benji's clearly studied his trio role-models over many years, and drawn from them the specific qualities of economy of expression and tightness of execution while rejecting the potential excesses of sprawling overkill and jamming workout. Virtually every track on this new solo project clocks in at around the 4-5-minute mark, but not a note is wasted and there are no over-indulgent solos, while lyric-wise the songs - all self-penned by Benji - show a keen social and political conscience without undue soapboxing, allied to an aptitude for dealing with the more personal angle through examining the wider issues and their effect. The album title itself refers to the fading promises of Western capitalist society of course, but this is more of an embracing concept on which to hang Benji's political observations. His songs display a mature and considered - though never complacent - outlook, and his melodies are generally well structured; there's a good use of contrasting acoustic-electric dynamics to serve the lyrics on Life Of Leaves and Human Cost in particular.

Musically, one can discern the funkier, more foxy side of Hendrix in places like the introductory riff of Fill My Heart (as opposed to any deliberately aped guitar pyrotechnics), and the more inward-looking side of Hendrix in the stretched-out demeanour of Just Another Burnout, or the bold stepping thrust of Sting's old outfit (and, perhaps not so oddly, Joe Jackson too) on tracks like A Classic Cut (I also caught something of a Richard Thompson Trio feel to this one - while the spirit of RT also seems to inhabit the not-exactly-strict-tempo instrumental Got To Be All Mine.

Gold Has Worn Away is a dynamic and powerful roots-rock album for our age, a musical statement that marks an assured and more than promising new direction for Benji (albeit one where he seems comfortably at home). And it should give him plenty of cred outwith the folk world too.