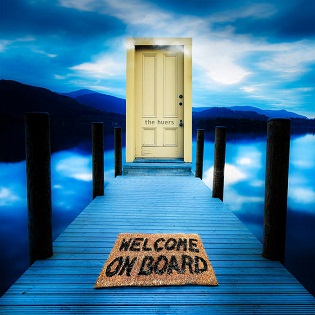 The Huers
Album: Welcome On Board
Label: Self Released
Tracks: 11
Website: http://www.thehuers.co.uk


There are two kinds of covers: those which are a close-copy homage to an admired artist, and the more interpretative sort which "uncover" aspects of the original song perhaps never considered by their creator.

The Huers latest release is a mixture of both types.

Some, like Dougie MacLean's Scythe Song, or Colin Hay's stripped-back version of his Men at Work hit Overkill, give a respectful and well-played nod to the creators.

Others like their take on Billy Joel's Miami 2017, or, perhaps the strangest inclusion, Bowie's Scary Monsters, reveal just how surprisingly well such songs thrive in an unplugged situation. The Bowie track is definitely the real surprise here as The Thin White Duke's production had, till now, covered up for me the surprisingly melodic basis of the number.

While this album isn't going to set the world on fire for originality - it's essentially for Huers fans who liked their cover songs in performance and asked where they could buy them, these guys are very talented singers and multi-instrumentalists. Live, I'm sure I'd be toetapping and singing along to them all.

So, if you're looking for a nice semi-acoustic album to chill out to, then this one definitely fits the bill. And oh, that Bowie number …