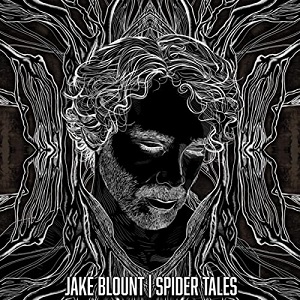 
Jake's a banjoist, fiddle player and singer based in Rhode Island. He's on a clear mission to "unknot the gnarly roots" of the origins of, and the emotional stories told within, his chosen songs. This mission is unarguably highly driven by Jake's committed research into music that was wrenched from the indigenous and black cultures of America, in particular (as a LGBTQ activist) restoring the queer identities that belong in the songs and stories of those cultures. Here, Jake sees himself as an embodiment of the rebellious spirit Anansi (of West African folklore) whose presence pervades its people despite all attempts of its oppressors to stifle or smother it. The comparison proves apt, for the pieces chosen by Jake here are "spider tales" in their own right, passed down largely amongst the same people in the same ways and for the same reasons. Though the actual form is different, the function is the same.

On both a musical and cultural level, then, think back to the Carolina Chocolate Drops' exposition and exploration of authentic black stringband music, and you'll be able to divine where Jake is picking up the threads. But this ain't the whole story by any means, for Jake's chosen material is more than just thought-provoking - it's truly harrowing in its implications and inferences, and coded messages abound - for those with ears to hear them. Having said that, the imagery is both direct and stark - and yet the delivery can also be deceptive, as on the lazy-drag of the Josie Miles (Kansas City Five) number Mad Mama's Blues where escalating violence is seething beneath the surface before the tempo breaks into a cathartic Reinhardt-western-swing dash to the fadeout..

Move, Daniel comes from the Gullah-Geechee people of the southern east-coast, who made this song to covertly guide one of their own tribe along a safe route to steal meat from their enslavers. Here, the jumpy rhythmic impetus is boosted by Nic Gareiss' foot percussion. On several other tracks too, the charismatic fiddling of Tatiana Hargreaves dovetails indelibly with Jake's banjo playing - but it's Jake's own fiddle that forms the sole accompaniment to his holler vocal on Brown Skin Baby, another standout cut, and an impassioned take on Boll Weevil. Perhaps the most familiar item here is the Leadbelly number Where Did You Sleep Last Night? (In The Pines), that reveals much in Jake and his band's gorgeously mournful take (love Tatiana's vocal harmonies with those twin fiddles too!).

I've not space to do more than mention the album's half-dozen instrumental cuts, which fairly charge along with delicious - and delectably restrained - energy; my favourite has to be Rocky Road To Dublin (not the Irish one, but a breakdown tune from North Carolina Cherokee brothers Osey and Ernest Helton), but every single item is stirringly done.

In the end, it's not just that Jake's performances are informed with his quest, for, important though the queer identity crusade is to Jake and his fellow-musicians (most of whom are also of that persuasion), that specific element should not get in the way of the fact that Spider Tales contains an abundance of uncommonly fine music that stands proudly on its own terms. There's a wonderfully rousing demeanour to the singing and playing, but it's also seriously haunting, and the disc as a whole proves irresistible. Even so, the liner note's exhortation "May we find it within ourselves to do what is needed" is proving all too chillingly appropriate at this time…