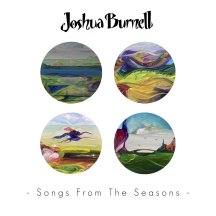 
There’s an old joke along the lines of ‘Nostalgia isn’t what it used to be.’ Beginning to think it isn’t a joke, but a statement of fact. Most of us have a favourite era of music – The 50’s if you are in to rock ‘n’ roll – the 60’s if you are a fan of the Beatles, or the Stones, or Dylan – the 70’s for very many different genres, punk, glam, prog – the 80’s, 90’s or noughties for, well I’m sure someone somewhere liked something from one or other of those decades – but I am rapidly coming to the conclusion that there is no need for nostalgia. We are living in the golden age or music right now.

Future historians will look back on today and will dream of living in an era when there was so much musical talent. For a start, so many of the greats from the past are still playing, such as Wishbone Ash, Barclay James Harvest, Steeleye Span, Ralph McTell, Fairport Convention, Camel and Renaissance. There are some younger, yet well established musicians such as Kate Rusby, Imeda May, Show Of Hands who are touring and making superb records, and so many wonderful young talented artists teetering on the verge of stardom, like Luke Jackson, Maz O’Connor, Hatfull of Rain, Ophelia and Joshua Burnell.

Some of the younger artists around are producing some amazing albums. Take Daria Kulesh’s stunning ‘”Long Lost Home”, not just an album but an attempt to put flesh on images from old photographs and to re-introduce an entire country to the world. Take Jennifer Crook’s “The Year She Turns”, again not just an album, but the result of a year’s work writing and recording a song every month on the subject of that specific month. Pretty much an impossible task to beat, I had thought, but Joshua Burnell’s labour of love definitely trumps it.

He decided that he would research, arrange and record a traditional folk song every week for a year. For each song he created a web page with details as to the song’s history, embedded youtube clips of other artists versions, and his own version. Each recording was made with a variety of different musicians, (around twenty-six in total), and arranged into four albums, Winter, Spring, Summer and Autumn. A Herculean task as it didn’t allow time off for holidays or for ill health. (A few of the songs were instrumental, so I wondered whether they were planned as an insurance against laryngitis.)

The tag to his website on Google is: ‘Traditional and original folk songs’. His last album, “Into The Green”, was quite definitely far closer to progressive rock than to folk, but this project is definitely more in keeping with the website description.

Although the treatment that Joshua has applied to these songs is in keeping with folk music traditions, there are touches of other genres that are present: the instrumental break in “The Snow It Melts The Soonest” has a flute lead that is quite reminiscent of Jethro Tull; there’s a keyboard break in “Two Magicians” that could have been channelled through the late Jon Lord from Deep Purple; “Farewell To Tarwathie” starts with a bass riff that I feel is an homage to the Beatles “Norwegian Wood”. He has coloured these folk songs with a palette from many various genres to create a whole far greater than the sum of its parts.

Joshua said that he was aware that these songs were our heritage, so he needed to do the best that he could for them, and indeed, he has treated each with utmost respect. On some of them he has worked really hard.

“Two Magicians” is a song I know well, having heard Steeleye Span’s version back in the 1970’s. If you know the song you’ll be aware that it is about a female magician desperate to avoid the unwanted advances of a male magician. Every time she takes on the shape of something to hide from him he assumes the mantle of something else that overpowers her and eventually takes her maidenhood when she becomes a corpse and he becomes the grave. Probably, in 1828, back when the song first appeared in print, it was quite acceptable to rejoice in stalking a woman to death, but Joshua realised that in this day and age it was time for a rewrite. He therefore took the first four verses, in which the coal-black Smith is pursuing, and then adds more verses in which the female magician starts fighting back.

“The Nightingale”, one of the most beautiful songs in the project, is not one I had ever encountered before, and there is a very good reason. Joshua admits to having a penchant for fantasy-based songs, and so researched long and hard to find such a song of that ilk that hadn’t previously been covered by Steeleye Span. He acquired a couple of books of Danish folk songs, and discovered the lyrics to “The Nightingale”. The tune he took from Child Ballad 100, Willy O Wynsbury, so this version is pretty much a completely new arrangement.

One other thing that made this project even more special was that for each of the four album backdrops, Joshua had somehow managed to get an original artwork from none other than Annie Haslam, the lead singer of Renaissance! I’ve been a fan of Renaissance for more decades than I dare admit, so to have her buy in to this programme is a massive endorsement.

The series started with the carol, “God rest You Merry Gentlemen”, which was released as a single just over a year ago.

I had hoped that each of the four albums would evolve into a separate CD, or would become one massive box-set, but Joshua made the decision to release a ‘best of’ CD: fourteen tracks selected from the total of fifty-two tracks from his magnum opus. From ‘Winter’ he selected “The Snow It Melts The Soonest”, “Lord Franklin” and “The Nightingale”. From ‘Spring’ he selected “High Germany” and “Mrs McGrath”. From ‘Summer’ he selected “Behind The Haystack”- (a medley of three instrumentals – Behind the Haystack, Behind the Bush in the Garden and The Hole in the Hedge), “Robin Hood and the Peddlar” (aka Gamble Gold) and “Farewell To Tarwathie”.

All the rest, “Two Magicians”, the instrumental “Tam Lin” (aka Tam Lin Reel or Glasgow Reel), “Dowie Dens Of Yarrow”, (aka The Braes of Yarrow), the instrumental “King Of The Fairies”, “Reynardine the Werefox” (he dedicated this to Sandy Denny due to Fairport Convention’s version) and “The Banshee Set” (another medley of three instrumentals - Liisa Pessi – The Banshee – Farewell to Tchernobyl), came from his Autumn collection.

I have one slight complaint about this collection. He has selected songs that demonstrate the wide variety of musicians present on the project, which means that there are only two tracks which feature the gorgeous backing vocals of Francis Sladen. I would definitely have tried to include more from her, but other than that, this album is pretty much perfect.

Really pleased to be around at a time when such talented musicians as Joshua are creating such brilliant music. At no time in the past would such a thing as this be possible. No record label would fund fifty-two trips to a recording studio, before a single record was sold. But thank Heavens that nowadays musicians have so much more control, and we are able to appreciate this magnum opus.