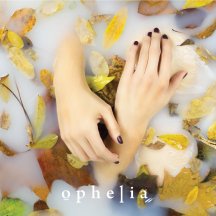 
Since seeing them supporting Strawbs on their June 2006 tour, Dead Like Harry are one of my favourite bands. I optimistically speak of them in the present tense, because they haven't officially ever disbanded, and there is always hope of a reunion, but geography is currently an impediment. DLH was formed by brothers Matthew and Samuel Taylor, who were based in Sheffield. However when Sam had to move to London for work, it became hard for the band to continue.

Matthew, along with fellow band members Alice Faraday and Robin Baker formed a new band called Anytown, and Samuel has been performing solo, working with Nerina Pallot and teamed up with Jodie Marie to form Taylor And Marie. As part of his solo work Sam toured various recording studios throughout the world, releasing a series of EPs using local artists as support. On one track on one of these EPs he was joined by a name I hadn't previously encountered: Rebecca Van Cleave. I thought she had a remarkable voice, which blended so well with Sam's that I did some research, intending to buy any of her own records that she had made. Turned out that that was her first recording, and she was primarily known as an actress (appeared in Game Of Thrones). She has subsequently released an EP in her own right, and has teamed up with Sam to form a new group, Ophelia.

Was lucky enough to see Rebecca and Sam supporting Nerina at the Union Chapel last year, and am very much looking forward to their new album. In the meanwhile, they have released an EP as a promotion, which I think contains some of the material that will appear on their new album.

Beautiful cover photograph on the EP, from Poppaea Bicknell. The image is of a pair of female hands reaching out of water. Presume the model is likely to have been Rebecca. Only hope she didn't suffer as much for her art as Lizzie Siddal did whilst posing for the Pre-Raphaelite masterpiece "Ophelia", painted by John Everett Millais.

When I first looked at the track list on the cover, I pretty much felt that I had a rough idea how the EP would sound. Of the five tracks, there was only one title I hadn't heard before. Two were tracks I'd seen Sam and Becca playing live at the Union Chapel, one was an old Dead Like Harry track (from their album "The Art Of Anticipation", and one was a cover of a Leonard Cohen track.

Must say, I did groan when I saw that they were attempting a cover of "Chelsea Hotel No 2", Cohen's tribute to Janis Joplin. I've joked before that I haven't heard a Dylan song that wouldn't have been improved by someone else singing it, but that I've never heard a Cohen cover better than the original. Nobody ever seems to sing his songs and be able to convey the same depth of pain that Cohen has in his voice, and no harmonies from a backing singer ever seem to blend with Cohen's voice in the way that Sharon Robinson somehow manages. This version though has to be the exception. Sam's voice is filled with pain, perhaps even more so than Cohen's. Hard to imagine listening to this that he didn't know Janis personally. Rebecca's voice blends so perfectly with Sam's, it's as if her voice and his were jig-saw puzzle pieces, that just fit together perfectly, her voice filling the cracks in his. Really do love this version of "Chelsea Hotel No 2." And I was so expecting that I wouldn't.

The first track on the EP, "A Little Too Late" was written by Rebecca who takes lead vocals. Surprisingly it sounds the closest to the Dead Like Harry style, particularly the chorus, which explodes into a wall of sound, then suddenly drops to a few beats of a capella and just as suddenly bursts back to a wall of sound. As a Dead Like Harry fan it gladdens my heart to hear that Ophelia can still produce music that has that same feel.

On the other hand, the actual track that was originally performed by Dead Like Harry has changed almost beyond recognition. On "The Art Of Anticipation", "I Can't Dream About You Anymore" was soft, gentle, and yes, it was dreamy. Having seen Sam and Rebecca perform live, two gentle voices and an acoustic guitar, I had expected a similar soft gentle feel to their version of the track, but they have been joined by four other musicians; David Glover on bass, guitars and synth, Greg Haver on drums, percussion and something called ‘soundscape creation', Eamon McLoughlin on violin and Neilson Hubbard on synth, percussion and backing vocals, so they are far from the acoustic duo I saw. The new version is quite heavy, and Sam has found a deep, gravelly, echoing, Tom Waits-like voice. Although it was clearly a surprise, I love this version. Well, anything that reminds me of Tom Waits is a winner in my books.

"If You Could Read My Mind" started out as the gentle duet that I remembered when I saw them live, but after the first verse, the addition of a very simple but beautifully effective electric guitar progression makes it a quite different and awesome song. The guitar sounds like something that Duane Eddy might have played, just a few notes at the end of each line, but it really sets the song off well.

"Whip Of The Wheel" is perhaps the closest to their acoustic performance, but even that is now characterised by a foot tapping rhythm section.

So to summarise, I'd anticipated a beautiful acoustic melodic EP, with songs that I was already familiar with and already knew that I'd love, but the skill of this duo and their backing musicians took me by surprise. They'd re-scored their material into a massive, full band sound, equally beautiful and melodic, but now rocking. Wonderfully talented, wonderful songs, wonderfully performed.

If you get the chance to see them as an acoustic duo or as a full band you will not be disappointed.

Whip Of The Wheel