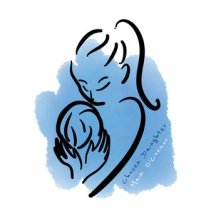 
Being a fan of the Marvel Cinematic Universe I was delighted to discover that there really are people on this planet that have special abilities. Super Heroes if you like, though in the fictional world they are described as mutants, X-Men, inhumans, and the Gifted. In general, most of them have one thing in common – a secret identity that they attempt to keep from the public, so Maz O’Connor may not be too pleased if I reveal that she herself is a Super hero with special abilities. Her ability, as is obvious from listening to her latest album, is that she has been gifted, either genetically or by a radio-active spider bite, with a form of telepathy. She is an empath.

Empaths don’t actually read people’s thoughts, as fictional telepaths are supposed to do, but they feel other people’s emotions. Maz’s super power extends to not just feeling the emotions of others, though. She can then transmit those emotions to us, via the medium of music.

When she writes a song about someone's feelings, she puts in those little touches that are usually only there if the song was either biographical, or the author has special abilities obtained from a different realm. Think of Joan Baez's "Diamonds and Rust" as an example. Anyone can write a song about breaking up, but listen to Baez's song about the re-awakening of the heartbreak when Dylan phoned her a decade after they had split. The line 'Our breath comes out white clouds. Mingles and hangs in the air' is so poetic you know that it is real and that Baez was definitely there. In fact, when I listen to it, I too feel as if I too was in that crumby Hotel over Washington Square. If the song was written by anyone else, we'd know that they were an empath and had read Baez's mind.

Maz's songs too are filled with the sorts of imagery that not only makes you think the song is about her, they make you feel that you too are involved. "Chosen Daughter" is full of sad songs, and they all feel intensely personal. I do hope that they aren't, because Maz is one of my favourite artists, and I'd hate to think that she ever felt so down. Several of the songs are about relationship breakdowns, so if Maz has recently gone through a breakup, it has had a similar effect to Dylan leaving Baez: it has inspired some incredible creativity.

Yes, these are sad songs, but none-the-less, extraordinarily beautiful. With a double bass, a cello, a viola and two violinists, the album sounds fully orchestrated. Always loved everything Maz has recorded, but this album really has the feel of a major opus.

At least four of the songs I'm pretty certain are definitely not about her, but they are so believable you do have to think hard to realise that.

I heard Maz on the radio describe the first track, "Mary", as a song about the relationships bewteen mothers and daughters. Not sure that is all of the story though. The song is about two little girls, one called Mary, and the other you assume (at least at first) could be her. The girls play in a quarry until called home by their respective mothers for tea. It sounds though as if some tragedy occurred, possibly the other girl might have drowned, though the song is sung in the first person from the point of view of the other girl. Little details such as the fact that Mary ran home bare foot make it hard to believe that Maz was not there, but if I'm right and the girl drowned, Maz has demonstrated that her powers of empathy transcend beyond life.

I think it is fair to say that Maz is a feminist. Women are completely the equal of men, but are not always treated as such, and there was a time when if a woman lost her maidenhead, but didn't manage to marry the perpetrator, her life was ruined Particularly if she ended up pregnant. I don't know if "Predator" is about any particular person, (I assume it isn't about her as I don't think the circumstances fit), or whether it is just highlighting how unfair life was (and still is) to womankind. The predator of the song, I'd guess, is a landlord or other creditors demanding money from a woman, left with a baby to look after but no husband.

"San Francisco" follows this theme, and again listening to this, if you didn't know that Maz lives in the UK, you might well believe it was she that emigrated to San Francisco at the age of sixteen. The song is actually about one of her grandmother's sisters. Her great grandfather ran a grocery store in Ireland, and lived in a flat above the shop with his wife and five daughters. When he suddenly took ill and died, the family were left without a man, which was not a tenable situation back then. A convent in San Francisco offered to support the family if one of the girls joined them and became a nun. The sorrow at never seeing your family again, the fear of travelling to another country, and the realisation that committing to a life as a nun means you will never find love, are all so beautifully encapsulated in this song that I have tears in my eyes just thinking about it.

Again, I don't think that "Invincible" is biographical, but it could easily be about a friend of Maz's. It's about the high that drink and drugs give you that slowly traps you into a downward spiral. The drugs give you the feeling that nothing can hurt you, but of course they lead to your ruin, destroying your relationships on the way. Drink, and destroyed relations feature quite heavily in many of the other tracks on "Chosen Daughter".

"Party Girl" is the most perfect description of depression I have ever seen. It should be studied in schools. The only reference in the song to depression is a denial that she ever feels down. She's the life and soul of any party, will fit in with what anyone wants to do, will drink anyone under the table, and it is obvious to anyone that she is having a really good time. You can tell, though, that underneath the facade, there is a deep black pit. "In The Morning" is, perhaps, a sister song to "Party Girl". The party is over, and the party girl is feeling the worse for wear, and the mask has slipped. It is now clear to everyone that the party girl has sunk really low, and that the reason is love.

"Nicotine" also extends the drug theme, but via a brilliant analogy and very clever wordplay with the word 'draw'. As a singer with the most perfect crystal voice, it doesn't seem likely to me that Maz would ever smoke, but the song starts with her attempting to give up, using a nicotine patch as a means to ward off the cravings. She is in a relationship with someone who has recently split from their previous relationship, and is using Maz as the human equivalent of a nicotine patch to ward off the cravings from their lost love. The real 'draw' is his previous love, even though, to Maz, he is her real 'draw'. When the relationship ends, as end it must, Maz's next relationship will be her nicotine patch to help her recover. Would like to think that this is just a clever song, and that no sensible person lucky enough to be in a relationship with Maz would leave her, but there's one little killing clue that this is real. She sings that her hair was red when they first met. It doesn't take a lot of research on youtube to discover that Maz did die her hair bright red at one time.

"Finer Than I" and "Loved Me Better" are also both on the theme of breakup. Both equally heartbreaking and beautiful. "Bones" isn't quite about breaking up. It's from earlier in a relationship before it turns sour, but the signs that it might not last are looming large. It reminds me a bit of W.B. Yeats "The Salley Gardens", which includes the lyric,'She bid me take love easy, as the leaves grow on the tree, but I, being young and foolish, with her would not agree.' In "Bones", Maz is full of excitement at the start of the relationship, wondering where this love is going to go. He, though, tells her to go slow. He's in no rush to move in together, or to start planning for a future together. The break up hasn't happened yet, but you can feel it coming.

So "Predator" and "San Francisco" describe how hard it once was for women to survive without men in a world where the odds were so unfairly stacked against them. Women, in those days, needed to seek a man as a protector and provider. Clearly an unpalatable state of affairs for anyone, particularly someone with a pronounced feminist background. I think Maz is aware of the irony that many of these songs are also about how hard it is to survive without a man these days; the man that you love. Which possibly leads on to "Cordelia". Cordelia was the youngest child in a family and grew up as the apple of her father's eye until suddenly, at the age of twenty-three, Cordelia is suddenly disowned by her family. What caused this to happen, the song leaves to your imagination, but I don't think it takes a genius to guess. Maz, (or the person that Maz is empathising with), is weary and battle sore, and wonders whether Cordelia can teach her an alternative.

They say that with great powers come great responsibilities. Maz has a reponsibility to make fantastic albums, and she has far exceeded that with "Chosen Daughter". But then, she probably knew I was going to say that.