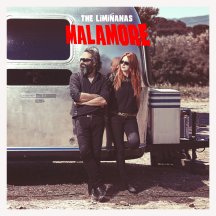 
"The British can tolerate one French person a generation", Antoine de Caunes famously said, citing Sacha Distel, as his forerunner. It is certainly true that French artists rarely appear in the UK music charts, and to hear songs sung in the French language in the British media is even rarer. The fact that many young people probably don't even remember Antoine de Caunes only serves my point there in this era of common market there seems to be little opportunity for the French to gain a foothold in the UK entertainment market. Serge Gainsbourg's "Je T'aime" is one of the very few French songs sung by a French artist that I can think of. Even Plastic Betrand was Belgian. Canadian Celine Dion, who started off singing in French didn't reach fame until she sang in English. Two of my favourite bands are French: Gong, who sang in English, but let's face it were actually part of the Canterbury music scene and became French only because of Australian daevid allen's visa restrictions, and Magma, who realised they would not have any success singing in French, so invented an alien language (Kobian).

It is high time for a French success, and maybe The Liminanas are the band to do this.

Marie and Lionel Liminanas, (the name actually has an accent over the "N", but I'm dubious as to whether I'd be able to type such a character, and whether it would appear correctly when viewed on different internet browsers), were childhood sweethearts who grew up in France in Perpignan near the Spanish border. It is very cosmopolitan, so their music takes roots from Italy, Spain, England and France. They adopted their son, Clawensky, from Haiti and had gone there to meet him when the Earthquake struck. By a stroke of luck, they changed hotels, and the hotel they had intended to stay in was destroyed. When they finally returned, with their son, they decided to concentrate on their music, because they felt like they had been given a second chance at life.

Marie plays drums, and Lionel plays guitar, bass, organ and vocals. They have a number of other guest artists who play and sing with them, but only two tracks on the promotional copy of the album are credited with other featured artists: "Garden Of Love" is credited as featuring Peter Hook on bass and vocals, and "The Train Creep A-Loopin" is credited as featuring Pascal Comelade. Other artists featured though are Sarah McCoy, Nika Leeftlang and Guillaume Picard.

The main male vocalist is Lionel, but I'm not too sure who the female vocalist is. About half of the songs are in English, and half in French, but the majority of the lyrics are spoken, rather than sung. Back in 1971, Les Crane produced an album called Desiderata, (I remember the title track vividly), which was largely spoken and Melamore definitely follows this tradition. There's something quite erotic about half whispered lyrics in a French accent, and whoever the female vocalist is, she breathes out the words as if she was giving you kiss of life. If you know the band called Gong, Gilli Smyth could do the same.

The production quality of this album is extraordinary. The organ creates a massive wall of sound, way more powerful than anything Phil Spectre ever achevied. Driving to work on the motorway the other morning listening to this was fantastic. The miles flew by. Crawling home in a traffic jam was far more frustrating. The music called for speed, and I was unable to comply.

Their music is quite psychedelic. They set up hypnotic rhythms on percussion and then weave intricate musical threads around them. Even if you are not a fan of spoken lyrics, you will still love the music. The fact that so much of the lyrics are in a foreign language I feel did not detract from my enjoyment of the music. So often it's hard to make out lyrics anyway, and even if you can hear the words, on many a tune the lyrics seem to make little sense.

Whether you are planning on voting for Brexit, or for Britain to remain in the common market, France is just across the channel, and it is high time we accepted some of their musical culture over here.