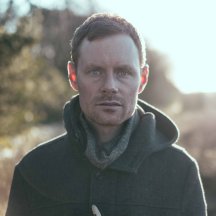 
I first encountered Dead Like Harry in 2006 when they supported one of my all time favourite bands: Strawbs, and they instantly became added to my list of all time favourite bands. At the heart of the band were two brothers, Matthew and Sam Taylor, both from Sheffield. Originally, Sam played acoustic guitar, and Matt played electrical guitar and was the main vocalist, but when Sally Brown, their keyboard player left to pursue a career in medicine, Matt took over the keyboards, and Sam became the main vocalist, with John Redgrave joining them as lead guitar.

Because of their tour with Strawbs, they attracted a huge raft of fans all over the country, and were therefore able to play down South far more often than many bands from Sheffield would have been able to do, so I was quite lucky in that I was able to see them several times.

Dead Like Harry have never fully broken up, and they did get to play together for their fifteenth anniversary in Sheffield last year, but when Sam got a job in London, they reached a temporary hiatus. Sam continued to play solo, as a duo with Jodie Marie, and then as a duo with his partner, Rebecca Van Cleave. Matt formed a duo with fellow Dead Like Harry vocalist, Alice, and toured for a short while as "Alice Faraday and Matthew Taylor", but they were very soon joined by Robin Baker, the bassist from Dead Like Harry, so a new name was needed. They settled on the name "Anytown", after a track on their first album, "Trouble On the Water".

Sadly, midway during the recording of "Trouble On The Water", Alice too found employment in London, so had to leave Anytown. Sam and Becca, however are now living back in Sheffield. So the current line-up of Anytown is Matt Taylor Robin Baker, Sam Taylor and John Redgrave. In other words, apart from Adam Crofts (percussion) and Alice Faraday, they are pretty much my Dead Like Harry re-incarnated.

I must confess to certain trepidation on my first listen to "Year By Year", as Alice has an absolutely stunning voice and is/was one of the reasons why Dead Like Harry are/were such a stunning band. Without her voice, there was every possibility that this album wouldn't live up to my expectations, but my fears were groundless. Yes, if she had been able to join them, this could have been even better, but with Matt taking the lead vocals, this really is just like the original Dead Like Harry I first saw touring with Strawbs.

That perhaps needs some qualification. Dead Like Harry had a variety of sounds and didn't really ever fit into one particular genre, sometimes they played quite heavy rock, and at other times they were soft, gentle and acoustic. They were simply characterised by stunning songs (written by Sam and Matt) and extraordinarily fine musicianship. I once saw them double-billing with themselves, opening as an acoustic band, and returning as an all out, hard-hitting electric band. "Year By Year" is definitely born from the softer more acoustic side, but Matt's voice is so distinctive, it was such a strong feature of the early Dead Like Harry sound, that this album feels like a return to 2006.

Although this album is by the band Anytown, it is really Matt Taylor's opus. The songs are all written by him, and are personal to him. Since I last saw Matt, Alice and Robin performing as Anytown at a bar in Portsmouth known as the Cellars back in 2013, Matt has got married and has had two children. The songs are all quite personal. Their are songs about his boys, a song he sung at Sam's wedding, a song he sung at his own wedding, songs about walks he has been on with his wife, and even a song about the two of them watching the light from the sunrise play on the bedroom ceiling whilst lying on the bed relaxing after creating life.

Often, with a solo voice accompanied with just an acoustic guitar, the singer generates an aura of vulnerability. Rare that that happens with a full band, but somehow, the way Matt sings he lays bare his soul and displays his sensitivities.

As the majority of the songs are based round his family, there is a strong Sheffield theme underlying many of the songs. Matt therefore felt it was appropriate to re-work a Dead Like Harry track he wrote that appeared on their first album, "Stories From The Cellar". The original version of "Steel Town" was hard rocking and felt like a quite angry protest song about the way that the industrial heartland had been abandoned. Although the lyrics and overall melody are unchanged, this new version is much more gentle and feels to be more like a positive recollection of the glory of the past.

There's one other track on the album that is a reworking of an earlier song, but at first I didn't recognise it at all. "Long Way Home" was originally recorded by Alice Faraday and Matthew Taylor, but it only appeared on the single, "Winter Sky" and wasn't on the first Anytown album. On the single, "Long Way Home" was sung by Alice, but it has now been re-scored to suit Matt's voice. Lovely song whoever is singin it.

The climax to the album doesn't actually concern Sheffield at all, as the events it refers to took place in Belgium in 1915, but despite that it is still a very personal song to Matt. Edith Cavell was a British nurse, working in Belgium at the time that the First World War broke out. Believing in humanity, she helped heal the sick from any country and saved the lives of many German Officers as well as British. She also formed an underground resistance momement and smuggled around 200 British soldiers out of German owned Belgium into the Netherlands. For this, she was arrested by the Germans and sentenced to death by firing squad. One of the soldiers she rescued was Private T C Scott, who was smuggled out of the country in a barrel of apples. He was Matt's Great Grandfather, so without her, Matt and his children would never have been born.

Without her, there would have been no Dead Like Harry, No Anytown, and this record would not have existed!