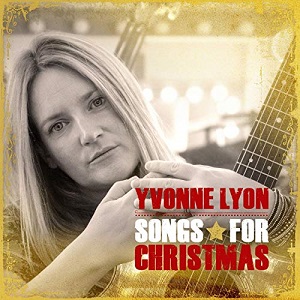 Produced by Yvonne and David Lyon along with Graeme Duffin and Sandy Jones, it was recorded at Foundry Music Lab. These four also have a large musical contribution; Yvonne provides vocals, guitar, piano and keys, David, piano, acoustic guitar, keys, accordion and even bouzouki, Graeme and Sandy Jones provide guitar, bass and keys. They are joined by Seonald Articen, Scott Wood and Jaimie Stables who provide fiddle, whistles and flugelhorn, respectively. Backing vocals come from the pipes of Nicole Bannister, Gemma McCabe and Rachel Smith.

Of the original songs, all were written by Yvonne and David, with the exception of I Believe in Christmas which was written solely by Yvonne. Of the traditional carols, In The Bleak Midwinter was arranged solely by Yvonne, the rest were collaborations with David. The beautiful thing about the carols is that they have made them their own, whilst completely honouring the original carol and it's history. This is particularly apparent in such powerful performances as O Holy Night, Joy to the World and O Come Emmanuel, which in many ways capture the essence of Christmas for me.

The combination of the arrangement, array of musical instruments and vocals on Yvonne's original tracks causes them to take on a very wintry, Christmassy sound.

This is definitely a CD worth a listen to throughout the Christmas and winter period.