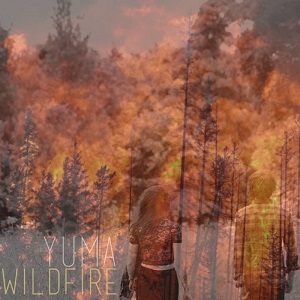 One Way Ticket is more vibrant, with a largely strummed accompaniment.

The vocal style of Shannon reminded me of a cross between Sheryl Crow and Kate Bush, which is no bad thing. The singing is powerful, precise and punchy.

And It Drifts Away is a sweet guitar instrumental.

Like War has a suitable strummed accompaniment, with mandolin filling in where required. The production of the vocals is spot on. Poor Man's Grave has a shanty feel to it but with a modern twist.

Morning highlights Shannon's stellar singing, with double tracking boosting the production of this Kate Bush-influenced song. The stand-out track for me.

The cover lists nine tracks but the CD has 10 tracks - which is a bonus.

The final track features a stark guitar backing with more great vocals with Shannon saying "she might just bite you". She certainly got her teeth into me.

The album ends with the pair rocking out until Shannon reprises the intro.

If you like superb singing, likeable songs with a modern feel, and excellent production then check out Yuma.