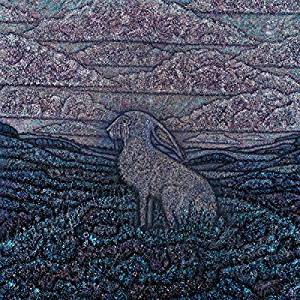 
Irish duo Ye Vagabonds comprises brothers Diarmuid and Brían MacGloinn, who hail from the town of Carlow. In 2012 they moved up to Dublin, where they very quickly became habitués of the city’s vibrant live music and session scene (which has latterly also spawned Lankum and Lisa O’Neill, by the way). They released their accomplished eponymous debut album in the autumn of 2017, and it was acclaimed by cognoscenti of Irish music as a masterly set, lovingly authentic with its musically often understated yet still sharply idiomatic expression of the historic traditions of the lads’ native land. For their second album, Brían and Diarmuid have once again drawn on these traditions, brilliantly reinvigorating them by invoking fresh and unfamiliar perspectives whereby resonances of contemporary issues are carried within, or arise naturally from, the situations and narratives of the songs. The word “perspective” can also denote a viewpoint of course, and in this respect it’s indicative that both On Yonder Hill and The Hare’s Lament itself are told from the creature’s point of view and not that of the hunters.

With the brothers’ above-mentioned philosophy in mind, it’s absolutely fitting, then, that Ye Vagabonds’ second album should be the third release on the new River Lea label, the Rough Trade subsidiary with a comparable mission statement that has already won accolades for its first two releases, by singer Lisa O’Neill and Scottish smallpiper Brighde Chaimbeul (the latter also guesting here for Brían and Diarmuid, incidentally).

For all that the brothers are augmented (albeit selectively) by four guest musicians (whose ranks also include fiddle player Jesse Smith), there’s no loss of intimacy to their recordings, which feature compellingly close-knit sibling harmonies to die for as well as their own sublimely minimal instrumental accompaniment (bouzouki, guitar, mandolin, fiddle and harmonium). Their very restraint may seem worlds away from the raw, full in-yer-face delivery of Lankum, say, but they share a common respect for, and understanding of, their musical and cultural heritage, and their music could be described as a quieter kind of exhilarating, a different kind of earthily primal. In addition, the brothers and their guest musicians together conjure a really powerful sense of history and atmosphere through elements such as the wonderfully mournful fiddle playing on Seven Little Gypsies, and the telling use of harmonium (On Yonder Hill and the chords forming the prelude to Willie O’ Winsbury). And they readily acknowledge that the singing of Len Graham and Joe Holmes, a combination of unison and harmony, has provided much inspiration for their own style (you can hear it on their recording of the album’s title song).

The brothers’ chosen repertoire is enlightening too, even for those song specialists who might think they’ve heard the “last word” on any given song! Brían’s very helpful booklet notes provide much vital detail regarding the singers from whose recordings Brían and Diarmuid gleaned the songs. No fewer than three of the album’s songs were learned from Róise na nAmhrán, a singer from Arranmore island in Co. Donegal who was recorded for Radio Éireann in 1953, and these prove real discoveries. The version of Seven Little Gypsies derives from that sung by Paddy Doran, but some of the oddities in his words have been further adapted by the brothers. The Foggy Dew is done here in an ambiguous, slightly abridged version that comes from A.L. Lloyd by way of Mick O’ Grady.

A particularly interesting inclusion is Siún Ní Dhuibhir, a song from around Donegal, which the brothers learned from a recording of their grandfather Barney Beag Gallagher, whom they had neither met nor heard sing until Brían was alerted to the existence of recordings while on work experience at the Irish Traditional Music Archive. The album closes with a take on Willie O’ Winsbury that audibly owes much to the seminal recordings by Anne Briggs and especially Andy Irvine and, though well sung and arranged, doesn’t make quite as much headway in the individuality stakes perhaps. Another very much Irvine-inspired moment earlier on the album is when The Hare’s Lament breaks off into a hectic Macedonian horo (with the help of whistle virtuoso John Flynn). But such isolated gestures aside, the MacGloinn brothers are very much their own as keen, distinctive and natural interpreters of the Irish tradition, and The Hare’s Lament is another singularly accomplished set which confirms their status as very much an act to watch.