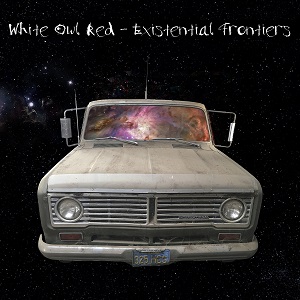 
A post-rock Americana outfit from San Fracisco fronted by songwriter Joseph McManus alongside Kyle Caprista on drums and Gawain Mathews on guitars, this is their third album. It's one that often wears its influences on its sleeve, notably so on the bookending bluesy Dylanish homesick blues chug of the title track and the more acoustic 'Don't Think Twice'-like 'Wishing You Well', while the protest-driven 'Union Fight Song' about blue collar Americans rising up against their corporate oppressors who "got special exemptions, while our jobs just up and went away" is powered by Neil Young engines.

The punky surging 'I'm A Saint, where the influence is more Ramones, is likely to scare the more timid folk horses with their distorted vocals and heavy rocking guitars, but, save for 'Take A Good Look', another of the uptempo Dylan boogies, generally they steer down the middle of the ballad/midtempo alt-country road. As such, numbers like 'Everything But Crying', the dobro led jaunty 'Good Morning Moonshine', the piano backed semi-spoken 'Hand-Me-Down-Girl' and the twangy chug of 'Starcrossed Lover' among those who favour the more laid-back moments of acts like Drive-By Truckers and Steve Earle.

Tweaking the musical styles and boundaries, they also drop in the bluesier desert echo textures of 'More More More' and enlist the sound of Ben Isaacs' djembe drumming for the West Coast colours of 'Set Free'. Exploring post-relationship emotions and the mixed feelings of life on the road, while it seems unlikely to greatly advance their profile beyond its current borders, both their current fanbase and the musically curious won't be disappointed in exploring these frontiers.