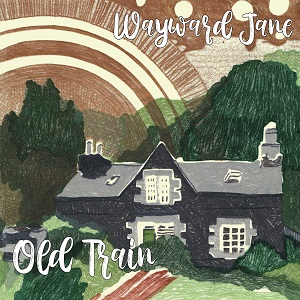 
Edinburgh based quartet Wayward Jane aren't what you'd think might step out of the Scottish capital with their Old Time and American Folk sound, however their sound is authentic, playful and articulate.

'Arkansas Traveller' blends beautifully a Transatlantic mix of Irish and American as well as 'Sandy's Mudcat'. To call Wayward Jane American Folk / Americana is perhaps disingenuous as they don't fit fully into this box, rather they sidestep outside of this and create something that relies far less on cliche which American Folk / Americana tends to do. Each song feels crafted, nurtured and distilled over time which makes these 11 tracks a real pleasure to listen to.

Vocal duties are spread out across the band with male and female voices adding further texture and whilst there is no apparent 'leader', Wayward Jane offer a very coherent album in which there are several tracks which I could and will listen to over and over again.

If you like your American influenced folk music with more of a punch with elements of Irish folk and even nods to Jazz...this might be for you. This is a fantastic album and I reckon Wayward Jane would excel as a live band both in festival atmosphere or intimate surroundings. A true musos band.