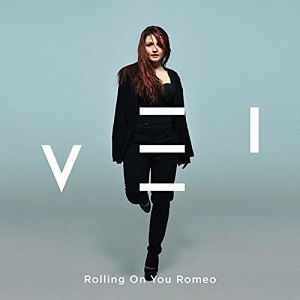 
After years of performing as a session cellist, Rolling On You Romeo is the first single from Vei, ahead of the debut album later this year.

While using the word 'alt' to describe anything has become somewhat problematic over the last year, this is a fine piece of alt-pop. She may have been compared to the likes of Kate Nash, Bjork and Lily Allen, but none of these are a particularly good fit. It's hard to think of anyone to accurately compare her to, such is her unique style, and that is a key strength.

The single itself is delightfully quirky and full of bounce. It is a song of defiance, but instead of the anthemic warbling you tend to get in modern pop, this has shades and subtlety to it. This may be pop, but it's mature pop, full of resonance and swagger. While it's impossible to truly get an accurate flavour of an artist in just one song, this definitely bodes very well indeed for her future release.

Vei is Old Norse for journey or pathway, and if this single is anything to go by, many will want to see where this pathway leads.

Rolling On You Romeo