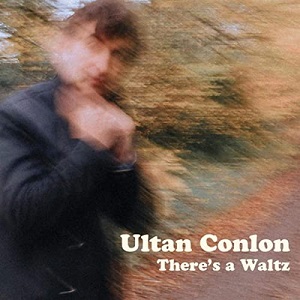 
There is a genre that sits between Irish folk and American Country; popular music with a common parentage, easy on the ear, literate but sentimental; and one of the best practitioners in this field is singer songwriter Ultan Conlon, who's fourth studio album this is.

Produced by Grammy winner Sean Watkins (Nickel Creek) and recorded in Los Angeles at Heritage Studio, this classy album, with its impeccable pedigree, is possibly his best yet, and a worthy follow up to 2018's Last Days of the Night Owl.

The work opens with the Long Mile, a classic ballad of loneliness and regret, Conlon's mournful vocal line floats in over gently strummed guitar, before the fiddle of the renowned Gabe Witcher (Punch Brothers, Dave Rawlings, Paul Simon, Beck) sketches a classic counter melody, weaving in and out of the lyric, joined on verse three by the sonorous bass of Sebastian Steinberg (Iron and Wine, Neil Diamond). The track builds steadily, and draws us in to the chorus, with its nagging hook. The story is cliched, sure, but rich and told well, Conlon writes with an economy of metaphor that lifts the track out of the humdrum.

The swing of the up-tempo Moments in Time is propelled by the tasteful percussion of Don Huffington (Bob Dylan, Lucinda Williams) and is an affirmative statement of a joyous philosophy, Conlon's vocal soaring over and above; a well-constructed tune, with echoes of the melodic sensibilities of 1960s country pop such as the Seekers or Mammas and Papas.

A country blues, with fiddle teasing and taunting, a Long Way Back, draws heavily on traditional sources, with flashes of playful humor. The mid-paced rocker Don't Let Love Slip Away, is awash with glorious Hammond organ, and an evocative piano motif, both by Tyner Chester (Jackson Brown) and builds to a triumphant chorus, Sara Watkins (Nickelcreek, Watkins Family Hour) is excellent on backing vocals. A rattle round the tom-toms by Huffington and the pedal steel of Rich Hinman (KD Lang, St Vincent) leads to the standout World from a Window, a shrewd observational ballad.

Th album closes with the confessional A Landslide, Conlon sings to his own guitar, violin underpins the tune, before the rhythm section cuts in on the middle eight, the work rounded off by a pair of rare but welcome violin solos.

Although lyrically and musically a tad predictable, this is an album by an artist at the top of his game, entirely at home in his own skin and a master of his art, supported by superb playing from some of the best backing musicians on the planet.

It will delight his many fans and win over not a few new ones.