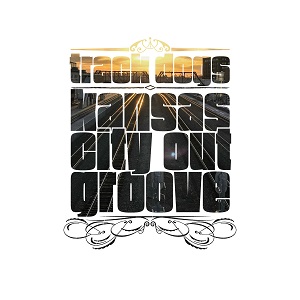 Track Dogs
Album: Kansas City Out Groove
Label: Mondegreen
Tracks: 11
Website: http://www.trackdogsmusic.com
.Taking their name from the term for workers on New York’s subway system, comprising the four-part harmonies of Sheffield born Howard Brown, Ohio native Robbie K Jones and Irishmen Dave Mooney and Garrett Wall, based in Madrid and with instruments that include cajon, banjo, ukulele, mandolin and trumpet and, rather obviously Spanish guitar, the quartet serve up a south of the border fiesta exuberance that defies you not to stomp the heels and play air castanets.

They kick off their Latin groove from the start with of ‘The Deep End’, the lyrics about having to cheat, steal and lie to survive rather at odds with the sunny rhythms, the darker hues spilling across into ‘Dead To Rights’ which spins a sort of gothic Mexican tale about the narrator being haunted by the man he killed, seeking revenge, despite paying his respects after he put him in the ground.

Numbers like ‘Everything Went South’ with its Morricone whistle, a stomping ‘My Big Payday’, the urgent drama of ‘Find Me A Rose’ and the scratchy rhythm ‘Papa Joe (Life On All Fours)’ all spin equally less than upbeat tales, and even the racing heavy bluegrass ‘Gonna Get My Way’ with its fiddle and Motorhead banjo has a ruthlessness to its ostensible determination positivity.

It’s not all life on the murkier side, the strummed guitar waltzer ‘A Lucky Men In Kansas City’ sings of “a warm welcome from a kind stranger” while the closed harmony soft rock Laurel Canyon-shades of ‘Born In Love’ throws out rage and hate and invites everyone to gather round the radio for some redemptive music and, coloured with jazzy trumpet work from Brown, ‘I Don’t Want To Ruin’ It is a breezily tumbling number about hoping to be invited to stay the night that amusingly cites the lugubrious tones of Cohen, Waits and (I assume) Luka Bloom as the music of seduction.

Ending on the soulful acoustic notes of the mandolin accompanied ‘Long Gone’ with such seize the day fortune cookie homilies as “don’t take for granted anything you might have” and how if you “stay away too long it gets too late to return”, if you’re not a fan of Latin rhythms and rather a lot of trumpet, then this probably won’t do a lot for you. If you are, on the other hand, then the groove is most definitely on.