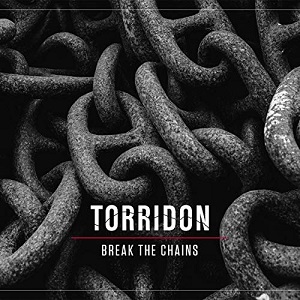 
Torridon see their new album, Break The Chains, very much as a progression in their style, sound, vision and drive. Known for their enigmatic live performances, the new release is an attempt to replicate that on an album, while tackling some impressively weighty subjects. Mental health and the taboo of suicide feature front and centre, representing real life stories and experiences from the band, their family, and their friends. Break The Chains is an admirable attempt to get people to open up, and share their problems and feelings.

The first track on the album sets the tone perfectly. Lighthouse has already been released as a single, with Still Game actor Scott Reid featuring in the video, encouraging men to talk. It's an uplifting track, and the message of it's ok not to be ok is an important one, and well worth highlighting. Sweet 16 was inspired by the loss of Kenny Smith's cousin and best friend in the same month. There is a real rawness to the song, but with a delicate touch.

Highland Girl was released as a single back in 2017, and has become a real fan favourite. It's a welcome addition to the album here. There are three instrumentals on the album, but it's the one song without instruments that really stands out. No Bills To Pay is a superb a capella song which is an irrepressible ear worm, and a stirring tale of cruelty and greed.

There's more to the album than the worthy stories. This is well crafted, well written music, performed with real passion. It's unashamedly Scottish, with the unmistakable sound of the bagpipes featuring throughout, but don't let that put you off. Break The Chains has a real depth to it, but it's an uplifting album overall, and well worth a listen.