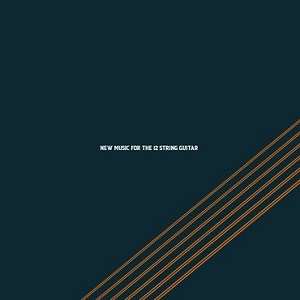 
The guitar has not been this hip since the late 60s. Players from the US, UK and Europe, William Tyler, Ryley Walker, Glen Jones, Ben Walker, Jim Ghedi and Dean McPhee to name but a few, are pushing the acoustic guitar far beyond its usual role as polite accompaniment. Toby Hay is a master player and this album, his forth, is a complete delight from his first raga like chord to its final notes of future promise.

The concept for this album came from London label The state51 Conspiracy, who asked Roger Bucknall of Fylde guitars to make a custom instrument specifically for these recordings. The custom 12 String, named The Red Kite', after the bird of prey indigenous to the part of Wales Toby lives in, is set up to play in Toby's unique tunings and he is no doubt he is a better player because of it. "Morning Song" opens with a huge triumphant chord and a sense of the east. This exotically tuned song for the sunrise, while not obviously indebted to Indian music brought to mind the resonant space of Vishwa Mohan Bhatt and the 1967 CALL OF THE VALLEY Emi India album. The semi improvised "Now In A Minute" chimes and circles in a way that is simply beautiful, building and never getting repetitive with Toby never overplaying a motif it feels like he could groove within forever. "Merlod Mynydd" written for the wild ponies of Wales by this Welsh player is a piece of dark Psych Folk, crackling with some of the menace and attack of 70s Martin Carthy.

"The Bird And The Waterfall", the first thing Toby recorded in his two day session in Real World's Wood Room is a more reflective almost Prog interlude inspired by a morning walk outside the studio. "The Summer The Sky Cried For Rain" has some of that wyrd folk Mervyn Peake edge of Jim Ghedi who Toby recorded an excellent duet album with and a touch of Michael Chapman's fiery flight. On the longer track Hay coaxes a range of moods from his 12 string, spanning edge and beauty in this atmospheric piece. "Cynefin" with some nimble left hand work is as precisely formed and exquisite as the workings of an antique pocket watch. "Sugarloaf Blues", written outside a tent at the Green Man festival, presumably with a glimpse of the Mountain too, manages to mix pensive contemplation with moments of energy and attack. "Happy as a Sandboy", written for Toby's nan, is one of those tracks on this live overdub free album where you want to count the hands and look to found the second set.

"The Last Mountain Hare" a tune filled with sadness at the loss of the wild Toby says, is another track of charged big slow strums on the 12 string and ringing notes to build a slow tension. "The Falconers Knot" has a kind of medieval dance feel, capturing the sense of a tethered bird. Again as all through "Dead Horse Point", a gently shifting longer piece and rest of the album, the timing and playing is just perfection, always atmospheric and descriptive rather than smugly virtuosic and noodly. "Auld Lang Syne" is a thoughtful, contemplative take on the perennial classic, reflective rather than beery and bombastic it's a beautiful closer. The minimal cover, more suggestive of 80s blokes aftershave or the car in Knight Rider, forces you to focus on the music and suggests an edition or set of musical releases to come. It's clean lines and minimalism is a contrast to the rich organic sounds within.

William Blake talked about eternity in a grain of sand and holding infinity in the palm of your hand, I'm finding it easy to get lost in the masterful movements of two hands on one unique Fylde 12 String Guitar.

The Summer The Sky Called For Rain