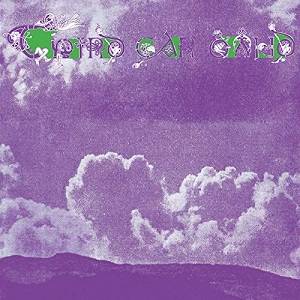 
EMI’s “underground” label Harvest, which started up in 1969, was for several years into the ’70s the home of some of the most interesting, imaginative and unusual music of the era. Its first batch of releases spanned a wondrously diverse collection of acts – Deep Purple, Pete Brown & His Battered Ornaments, Panama Limited Jug Band, Shirley & Dolly Collins, Michael Chapman, Edgar Broughton Band and Pink Floyd … and the Third Ear Band. But even by the wildly eclectic standards of the Harvest imprint, the Third Ear Band was definitely Far Out on a limb. The band’s music was (rather perceptively) described by one critic as “difficult music to rationalise about, because it simply exists and demands to be taken on its own terms”. Literally no other band boasted a lineup like it – oboe, violin/viola, cello and hand-percussion, with no guitars, no keyboards, no vocals. Their musical stock-in-trade was trance-fuelled, improvisatory compositions, meandering mantras with a simultaneous air of deep antiquity and cutting-edge experimentalism. Symbiotic creativity producing sounds that were equal-parts inspired by ancient and medieval music, folk and world musics and eastern mysticism, while also influenced by contemporary classical music. Highly esoteric, for sure, and certainly not destined to be everyone’s cup of tea, but once your head’s in the right place immensely satisfying and spiritually rewarding. But the band’s music certainly polarised even the trippiest of audiences, and reactions ranged wildly from utter captivation to bare tolerance, intense dislike and blind indifference.

So now more than ever, the intensely original, definingly unique music of the Third Ear Band demands reassessment. And this programme of totally handsome reissues from the perfectly-named Esoteric label will undoubtedly do the trick. It might seem mildly illogical, though, for the series to be launched at the apex of the band’s success, its most prolific time and annus mirabilis 1970. This lavish three-disc set centres round the band’s prosaically eponymous second album, which Harvest released in June of that year (exactly one year on from their 1969 debut LP Alchemy). It’s often referred to as Elements, since it takes the form of four lengthy pieces for each of which the “impossible” brief was to represent or portray one of the four elements (Air, Earth, Fire and Water). The music is indeed elemental, yet at the same time highly contrasted. Air seems literally to arise out of thin air, with its ethereal, wispy, elusive melodic fragments and complex shifting rhythms, whereas Earth arises out of a primitive, bucolic peasant-dance and builds in a rapid accelerando before losing momentum mid-way, after which it limps along almost drunkenly. Fire is a white-heat droning cauldron of discords and persistent driven rhythms, while Water steers its restless eddying string currents through a smooth folk-inspired contour. Elements is an extraordinary, and extraordinarily coherent, record. (Only one glitch in the presentation of this new edition: the package lists Fire and Water the wrong way roundâ€¦)

However, the Elements album proves the mere tip of the iceberg within this fabulous new Esoteric edition, for the set also delivers over two complete discs’ worth of priceless unreleased bonus material of stunning quality. This enables us to appreciate the continuum of the band’s artistic development and does much to fill in the gaps and progressions which at the time had baffled even the band’s admirers including myself. There’s an illuminating, even more primordial early studio take of Earth, followed by three pieces from a BBC Sounds Of The 70s live-in-the-studio session recorded a couple of months after the album. The gem of this set, though, is a suite of six pieces written as soundtrack to the film Abelard & Heloise, a “psychedelic love-story”, for NDR-TV in Munich; it forms a kind of bridge between the organic archaic medievalism of Alchemy and the progressive extemporisation of Elements, and contains some of the band’s most persuasive playing and arrangements. Although this suite was briefly available previously, on a 1996 Mooncrest CD set (Hymn To The Sphinx), this new Esoteric issue is superior, since it has been sourced from the original master, and the remastered sound is splendid.

Barely three months after the release of Elements, though, and shortly after playing a series of celebrated free concerts in Hyde Park, the band dynamic underwent a drastic change when violinist Richard Coff and cellist Ursula Smith quit (ostensibly to form another band), leaving oboist Paul Minns and percussionist Glen Sweeney to be joined by Paul Buckmaster (bass) and Denim Bridges (electric guitar); confusingly, Richard soon rejoined TEB, and the expanded lineup was signed to produce a soundtrack for Roman Polanski’s film of Macbeth (the resultant album appears as the second instalment of Esoteric’s TEB reissue series, and will be reviewed separately).

The Elements set continues with three tracks recorded for a projected third album The Dragon Wakes, which show the band progressing towards a more integrated (albeit still loose-limbed) version of their organic multi-faceted musical vision, one that featured some more “orthodox” instrumental colourings yet still refused to compromise into the realm of over-accessibility. The observant might discern shades of the music of peer bands like Soft Machine, Family, Henry Cow and Art Bears, both here and in the subsequent studio recordings from early-to-mid-1971 which appear on the third disc of this set. The comparatively brief Very Fine…Far Away even introduces some vocal counterpoint, while The Dragon Wakes possesses something of the aura of early King Crimson, with jittery percussion and glittering shards of electric guitar mingling with splintery oboe and bells and chimes and treated sounds in an ambient but full-on attention-grabbing mix. Sunrise employs a subliminal drone rather reminiscent of Tuvan overtone singing, remarkably presaging the use of this texture in the music of David Moss (LightGarden, Banoffi) a couple of decades on. The quirky psych-fusion of East Of Eden and the early jazz-rock adventures of Ian Carr also come to mind on tracks like the extended, at times surprisingly funky Evening Awakening (and Glenn had by this time acquired a full drum-kit!). Even so, the new-look “high-powered and progressive”, then-five-piece Third Ear Band still didn’t sound much like any other outfit, as the final three items on this set – previously unreleased John Peel In Concert session tracks including a coruscating revisit of Water – certainly demonstrate. The above-mentioned early 1971 studio recordings (newly “liberated from the vaults” for this set) were even stranger; allegedly driven by a heavy influence from Miles Davis’ Bitches Brew, they were abandoned after some manic acid-fuelled experiences and personality changes – but these tracks prove intriguing and tantalising glimpses of what that projected third album might have been.

I loved the music of the Third Ear Band back then, but now if anything I love it even more, and it does genuinely stand the test of time, even while it transports me back to its era – and for that matter back even further into the archaic reaches of time itself. It was idiosyncratic: challenging, sure, and provocative, but also intensely spiritual and very often strangely soothing. A lot of water has flown under the bridges since then, but Third Ear Band’s music still sounds profoundly original today.