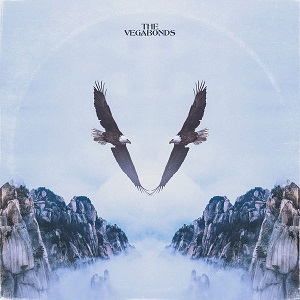 
A predominantly hirsute Southern rock combo from Alabama, this is their fifth album, but the first not to be self-released and while I've not heard past releases, this is clearly the sound of a band that's paid their dues, learned their craft and know how to deliver both two-fisted musical punches and tender, soulful kisses. Headed up by guitarist-vocalist Daniel Allen and featuring fellow guitarist and pedal steel player Richard Forehand, Beau Cooper on keys with bassist Paul Bruens and drummer Bryan Harris holding down the rhythm section, they kick off 'Partyin' With Strangers', classic Southern country rock in the tradition of bands like The Rainmakers and The Georgia Satellites that draws a comparison with not remembering the verse of a song you came up with the night before and not being able to hold on to a free spirited woman.

The ability to come up with infectious hooks in evidence there is echoed throughout, be that in something like 'Generation of Happiness' where 38 Special meet Tom Petty, the more laid back nodding rhythm of 'I Ain't Having It' or the riff driven swaggering 'Best I Can' where Allen sings "I ain't scared of the work, I'm scared when the work ain't there."

Although, they can fire up an impressive storm, the album's two highlights are actually more restrained. A post-quarrel love song, 'When The Smoke Clears Up opens with a simple acoustic strum, piano and drums gradually joining in, the tempo lifting to a pedal-steel and organ backed alt-country chug midway, while, built on deep reverb guitar notes and evocative of Waylon Jennings, 'Traveling Man' is a mid-tempo celebration of living a no ties life on the interstates that's "all bright lights and truck stops", punching the time clock and working on a dream until the race is run.

They end with the politically underpinned 'Help Is On The Way', a big building potential show closer number about a man looking to clean up his act after being sent into a downward spiral of alcoholism following the financial crash of 2008 that lost him his job and his wife, its staccato rhythm and southern rock riff drive culminating in a tinkling musical box break that gives way to an almost prog keyboards and guitars playout.

The Roman numeral album title, designed in the form of two eagles, designates this as their fifth but also serves to stand as a V for victory, a triumph they have assuredly earned.

Best I Can Do