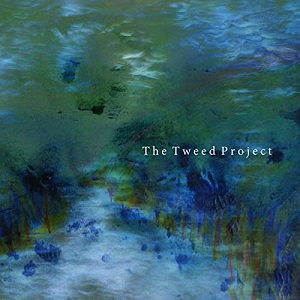 
Formed in 2015, the line-up for this new EP stands as Greg Russell, Ciaran Algar, Ali Levack on pipes and whistles, BBC Radio 2 Young Folk Award vocal-guitar duo winners, Josie Duncan and Pablo Lafuente, and Algar's Lost Boys colleague Evan Carson on percussion. A mix of traditional, self-penned and cover material, it kicks off in rousing form with the lightly voiced Duncan on vocals for Ed Pickford's 'Devil is in the Dust', a tumbling bodhran rhythmed song about the effects of breathing in coal dust, interwoven with Levack piping away on Ryan Murphy's 'Agent Craig'.

The two trad numbers come back to back, first up being their slow-paced, six minute-arrangement of the Scottish ballad 'The Bleacher Lassie o Kelvinhaugh', Duncan backed by bouzouki and whistle on a song of a washer-girl in Glasgow's bleaching industry being reunited with her lover, she again taking lead and singing in 'Gaelic for B'fhearr leam fhin' a puirt à beul (basically a cheery mouth tune) song about hens and eggs that erupts in the final stretch into a frantic whistle and bodhran romp.

Her final turn in the vocal spotlight comes with a gently swaying reflective version of Dick Gaughan's 'Both Sides the Tweed', a song in celebration of the 1707 Act of Union, the pipes and fiddle adding to the mist and heather feel of its mood. 'The Gasworks' is the sole original piece, a six-minute instrumental pairing of Algar's Scottish-trad infused fiddle driven title tune and Levack's fiery pipes and whistles 'Struan's', the all too brief set ending with a bluegrass excursion, Russell taking lead for a cover of Tim O'Brien's 'Turn The Page Again' paired with an instrumental final fiddle flurry through John Reischman's 'Salt Spring'.

I'd imagine their busy individual schedules and commitments mean getting everyone together in the studio is a logistics nightmare, but the six tracks on offer here really do make you hope they'll be able to juggle things to put together a full album sooner rather than later.