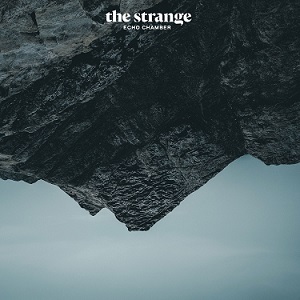 
An intriguing collaboration between Croatian instrumental surf-rock quartet The Bambi Molesters, Luka Bencic from fellow Croatians My Buddy Moose and, now based in Slovenia, American singer-songwriter Chris Eckman, who both founded and fronted The Walkabouts and set up Glitterhouse Records.

Musically, it's very much in the baroque Americana vein of his former band, Cave and Cohen influences in evidence, while thematically the tensions detailed in the lyrics echo the current mood of uncertainty in central Europe. Packaged in a gatefold sleeve with lyric card inserts (the majority of the songs collaborations between Eckman and guitarist Dalibor Pavicic), it opens with 'Lonesome Rider', the drums and guitars etching the widescreen Mexican desert musical landscape that provides the backdrop throughout, coloured here by orchestral strings and jazzy brass.

The title track plays off the band's surf rock foundations while, by contrast 'Dead End Shore', a duet between Eckman and Irena Zilic, with its strings,pulsing electronic signal and trumpet solo, is a moodier late night chamber noir affair and 'Last Summer Song' conjures a musical image of Nick Cave hanging out with The Isleys. Elsewhere, further expanding the musical borders, 'Killing Time' is a trumpet-burnished disappointment in love throwback to 60s Southern country soul, 'Dime A Dozen an itchy 70s funk-rock stomp with surf twanged guitar and a prowling but urgent dark vocal from Eckman, and, channeling Cohen, the self-descriptive, rumbling 'Broken Down Blues' a late night saloon bar last dance as a greasy sax plays and the dim neon lights reflect off the pools of beer on the floor.

Given the context, it's probably not too wide of the mark to read the ominous organ-backed slow drum slouch 'Shoot The Bear' as a reference to Russia as well as a condemnation of the profiting from political unease, the album bowing out on the rolling wheels of the pessimism-heavy 'Fast Train To Nowhere' manned by a stoned conductor and drunken fireman, Eckman's advice being to not stand still if there's a chance to run, and, finally, the Bukowski barfly romanticism of 'Lights of the Red Valley', a trumpet and sax-stained, Latin-tinged cinematic waltz into the glow of the early hours, "toeing a dangerous line in a game we don't own." Croatia's music critics, voted it the country's best albums of 2018, there's no reason why their Western counterparts shouldn't have similar sentiments for 2019.