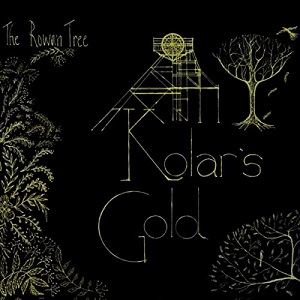 
The Kolar Gold Fields lie about 60 miles east of Bengaluru (formerly Bangalore) in southern India. Until the mines were closed in 2001, gold had been dug out of the earth there for over 120 years.

Much of the labour force in the first half of the 20th century was not native to the area - the Indian workers were largely recruited from the state of Tamil Nadu to the south, while the mineowners, looking for experienced hard-rock miners, also recruited in Cornwall.

Cornish traditional outfit The Rowan Tree, armed with curiosity, musical talent, and an Arts Council grant, have researched the history of these communities, both in Cornwall and India, to produce this album, drawing on both original and traditional songs and music.

Traditional Cornish songs and themes like One and All and 10,000 Miles have been adapted and partially re-written to reflect the Indian aspect, while the band members, individually and together, have contributed original material to provide the storyline with continuity, e.g the opening instrumental, SS Carthage, which evokes the ocean journey to India on the ship of that name. It's swaying ¾ rhythm aptly captures the to and fro of the waves.

Indian musicians and narrative voices are also included since, as the sleeve notes point out, the migrant worker experience was common to both communities.

The project is an ambitious one, successfully realised via the research skills, compositional abilities, and musical excellence of The Rowan Tree.

Its interest is as much historical as musical, so there is broad appeal within, but its primary audience would obviously be Cornish - many families in the county descend from former Kolar workers.

However, even if you don't have a drop of Cornish (or even Tamil) blood in your veins, it still makes for an engrossing story and a fine musical experience.