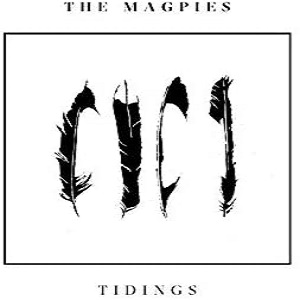 
Having been lucky enough to see The Magpies live several times, and seen them evolve from the Bella and Polly duo into the larger band, I was very intrigued to hear how they would capture their exciting live sound in the recording studio. Joining Bella Gaffney (vocals and guitar) and Polly Bolton (vocals and mandolin) are Holly Brandon on violin and Sarah Smout on cello.

Live, they are an enticing mixture of Bella Gaffney's unique, soulful vocals, Polly's husky, more American-influenced voice, thrilling musical dexterity all round and genuine passion and gusto. This amalgamation of undeniable chops, proper singing and the ability to 'mach schau' makes them a no-brainer booking on the live roots circuit, and happily this power translates brilliantly to the studio. Hats off to producer Dave Boothroyd for pulling off this difficult magic trick.

The album begins with a thrilling arrangement of the traditional ballad Two Magicians. A motto for all folk/roots bands should be 'if you're going to play a trad song, go for a weird one' and here the wonderfully surreal narrative is sung with just the right amount of theatricality by Bella and backed up with shards of mandolin and soaring, sawing violin and cello. The ancient song is given a contemporary polish that suits it perfectly. Another traditional song that features on the album is Galway Shawl. The Magpies provide an object lesson in how to approach such a well-known and well-loved song - simply sing it and play it beautifully. Bella's voice has never sounded so lush and both the arrangement and the playing create a dreamy, nostalgic backdrop.

Run River Run is a beautiful Bella Gaffney original, sung with her trademark passion. As a fan of Bella's solo album 'Heaven Knows', it's great to hear Bella's excellent contemporary folk songwriting showcased on this record, tastefully arranged by the band and with Sarah Smout's moody, beautiful cello to the fore. The other Bella original - No More Tears - pulls off that clever trick of sounding like it came over to the New World with the Pilgrim Fathers. No mean feat. It takes a great deal of songwriting skill and knowledge of the tradition to create a contemporary song that lives in the present, yet sounds like it has been around forever.

Catharsis and Shuffle Set are excellent vehicles for the frankly astonishing mandolin playing of Polly Bolton - her faultless performances captured with a chiming, Nickel Creek-esque sweetness by producer Dave. Again, both of these tunes are expertly, seemingly effortlessly, arranged by the band.

On the haunting Golden Girl, Polly takes the lead vocal and her more 'American folk'-influenced tones suit this mysterious minor-key narrative (written by Polly) that bears the influence of Gilmore & Roberts at their fiery best. Rock Of Ages also sees Polly returning on vocals, the band showing great taste and lightness of touch with this excellent Gillian Welch and Dave Rawlings cover - an excellent showcase for the 'American folk' side to their music.

Holly Brandon's beautiful violin playing takes the lead on her self-penned tune Foss Island, which brings the band back to their York roots. This, like the other instrumentals on the album, is not just a chance to show off, it's a lovely, moving piece of music - played with passion as well as skill.

Likewise, album closer Balls To The Wall (!) - an instrumental written by Polly - is a mixture of superb playing from everyone in the band, a thrilling arrangement and as much punch, verve and swing as the live version. The piece boasts overtones of World Music with Eastern European-sounding intervals - perhaps signalling an interesting new vein of influence the band may tap into next? Whatever this extremely talented band does next, you can be sure that it will be innovative, of the highest possible quality and imbued with a passion for music.