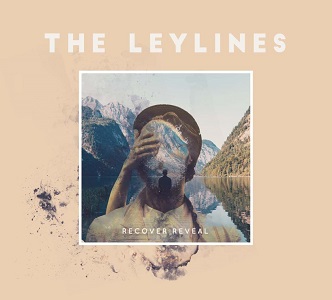 
If I'm not careful the gap between hearing The Leylines sophomore album, "Recover Reveal" and writing and publishing the review will start nudging the three years that sit between it and their debut cut 'Along The Old Straight Track', so best get on with it.

'Along The Old Straight Track' impressed the Fatea to the extent that we quickly offered them an appearance on the Fatea Showcase Sessions and whilst this review of 'Recover Reveal' later than I had hoped, that's more a reflection on how busy it got in the Fatea office, rather than the talent of the band, because we are definitely talking about a band with talent.

One of the main reasons for the gap between was the amount of touring the band put in, with the impact that 'Recover Reveal' was effectively written and honed on the road on the road, at festivals and in dark cellar bars and a lot of that live attitude can be felt in the very core of the release, this is a release that very much has a quintessential live spirit to it. The songs are full of passion, verve, even spunk if you like.

This is an album that stills raw around the edges, at times you can almost feel it wanting to toss a pint of cider in your face and accuse your mother of wearing army boots. Needless to say it's actually a bit more sophisticated than that, the songs have a rich narrative to them and whilst it's called 'Recover Reveal' it wouldn't have been out of place with the title 'Defiance Destiny'.

There is a flowing energy to the album that gives you the impression you could dance to this album all night and still be able to make work in the morning. If you think you could afford the speeding tickets this is one of those albums that eats motorways and country roads alike. Like all in your face albums, it knows it can't stay there, drops the odd slower tempo one in to let you breathe and builds up the pace again.

Whilst it would be fair to say, this is not an essential album, life would be a whole lot less fun without it, go on let your hair down, close your eyes and pretend you're there. (Just not when you're driving)

This Is Your Life