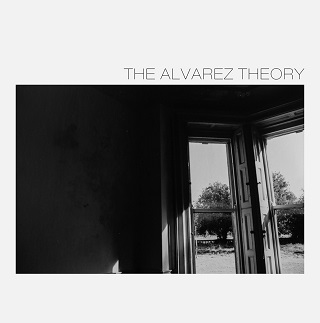 
Named after the palaeontology theory that holds dinosaurs were wiped out by a giant asteroid impacting the earth, the London-based quintet are fronted by swampy-voiced German/Spanish songwriter Diana-Maria Diehl, the line-up completed by bassist Sarah Louise Bates, fiddle player Julia O'Hanlon, drummer Flo Miller and Mark Patterson on mandolin, guitar and banjo.

Described as an album about "small town heroes, bar flies and gun slingers, the heart breakers and heart broken, the toilers, gamblers and drifters", it opens with By The River, a slow swaying, moody guitars tale of loss, lies and regret as a gunslinger vows to his daughter this job will be his last.

Save for the emotionally desperate 'Big City, Empty' ("when in doubt/what will you do/to not fall down the slippery road") , featuring Julie O'Hanlon's fiddle with Jan Wegner on twangy electric guitar, there's not what you might call a particularly uptempo track, and even that is something of a measured bluesy number, the default mode being either reflective slow sways or slightly strung out ballads. The former can be found on plucked mandolin notes and concertina of the lyrically opaque 'St. Peter 'and, concertina again to the fore, the closing song of loss (either through death or abandonment) 'Bring Her Back To Life', while the latter's particularly etched on the skeletal 'House That Stood The Storm' on which the narrator sings of his despair since his wife left him, Katherine Meyer providing the mournful, slightly Eastern European flavoured fiddle.

Relationships generally are overcast here. The 1929-set 'Mary McKinley' sketches in a brief moment of two women on a boat, each escaping a future they couldn't face, while 20 years later, '1949' is cast in the voice of a man brought down by a lost love as she sings "I learnt that it's easier pleasing the devil than it is to wait for you" and, on 'Lady of Shallot' with its line "we're just sleeping here/collecting dust/with one eye open but your heart is shut."

The title, of course, refers to the death-themed Lord Tennyson poem which proved a major subject matter influence on the Pre-Raphaelite Brotherhood and it's to art that she also refers on the delicate acoustic guitar, concertina and plucked mandolin sorrowful ragged waltz of 'Like Turner Studied Clouds', a song about watching a relationship slowly come undone ("who knew/we could outgrow this love/ and too late to find the holes/where the seam had come undone").

A highly articulate writer, 'Last of a String Of Tempests' is probably the only time you'll ever encounter a song that mentions 'frazil', soft or amorphous ice formed by the accumulation of ice crystals in water that is too turbulent to freeze solid, used here as a metaphor for another relationship that's breathed its last and how "a new moon. Full of promises/turned out to be a delusion."

Cast with a wintery pall, it's perhaps not the most uplifting album you'll hear this year, but it's melancholia is alluring.