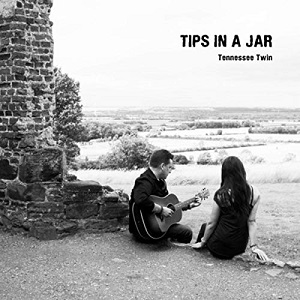 
An acoustic duo from Cambridge (as in the UK not Massachusetts) Tennessee Twin are Geoff Meads and Victoria Mills, this being their debut EP and following on from the 'Wings Of Red, White & Blue' single which won them the Nashville Music City / BA songwriting competition in 2018.

That's not featured here, but it does kick off with another fine track, the pair duetting on the gently strummed parted by/coming back home themed 'Born For The Road' before, Meads on lead, the electrics kick in on the country rock balladry of 'Move On'.

Violin and cello put in an appearance as the pair share verses for the folksy tinged love song balladry of 'Hold My Hand', violin again prominent on the intro to the midtempo storytelling waltzing swayalong of 'Alice' with its tale of a New Forest singer-songwriter being ripped off by the music biz, returning home to her roots with her invitation to "drop all your worries and follow my tune" and from whence comes the EP title.

It ends with another ruminative fingerpicked love song, 'Without You', pedal steel and strings colouring the emotion as they exchange verses and affirmations, further evidence that the pair of a very promising future (and some very full jars) on the UK Americana circuit in the years ahead