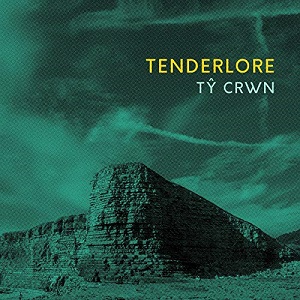 
This is the second album from the song-writing and close harmony trio of Hayley McDonnell, Olly Lewis and Rob Kitney, and the first since the band expanded to a five piece with the addition of David Rhys Phillips (Bass) and Ross Gordon (Drums).

It's a distinctive album that takes them a step beyond their trad-folk roots, and is drenched in glorious and distinctive jazz influenced harmonies. Rich in glissandos, intervals are fresh and contemporary, and whilst classic harmony driven rock bands of the 1970' s (for example America and CSNY) are referenced, this is no mere tribute work, but a thing of its own.

The album opens with Amber, McDonnell's vocal floating over gently picked guitar, hints of the vocal richness to come and, as rhythm section kicks in, so the other two voices tease and swoop, leading into a guitar bridge as the piece builds. The playful I Wait for You, skips along on a bubbling bassline and funky guitar into a glorious chorus.

The beautiful and reflective 1992 follows, guitar and vocals interweave, shimmering around each other, a slow build, a tempo change, a mini symphony with a great chorus. The standout Bittersweet tells of a parenthood without regret in the face of adversity. The vignette Diferyn Glaw is an ambient soundscape built on Kitney's sax work, punctuates the narrative before the pleading Take Me Back, three voices moving from harmony to counterpoint.

The writing is good, some fine hooks and memorable melodies. Lyrically the work is in contemporary singer songwriter mode, often with an underlying narrative emerging from what seems at first to be a reflective, mood piece.

Musically it is precise and well played adult orientated rock. But it feels undercooked, and a step on the path rather than the finished article. There are some fine relationship songs, but too little bleeding. The production is too dry and the execution too polite.

The guitar break on Amber for example, is nice, but lacks the anger, the gut-wrenching passion of a Neil Young or Richard Thompson. The rhythm section works fine, Phillips and Gordon are plainly accomplished players, but the jury is out on whether these songs are better framed with a full band or with the original trio. But this is a new band, these arrangements should bed in with a few months on the road.

The album closes with Leave this Island, subtle and unexpected chord changes under the trademark harmonies, a smoky sax solo taking us home, and into jazz-fusion territory and a hint that this accomplished band is one that is still developing.

An interesting and rewarding album from a band to watch out for.