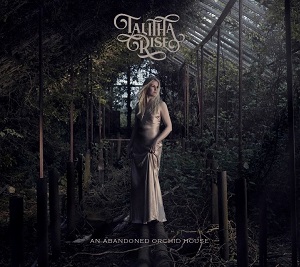 
Known to her friends as Jo Young, Rise is a Sussex-based singer-songwriter, this, her debut album, charting a path through loss and alienation to hope by way of abandonment and decay, variously embracing African and Gaelic colours into her sonic palette with the assistance of such musicians as Fields of the Nephilim guitarist Peter Yates, bassist Rory McFarlane and Juldeh Camara on Gambian Riti.

Opening with the ethereal ambience and warbling vocals of ‘Orchid House’ giving it a World Music feel, it proceeds to the more breathily sung fey folksiness of ‘Valley’, the lyrics largely courtesy of Kathryn Williams and the near six-minute ‘Incantation’, its overlapping, interwoven vocals, the piano, strings and woodwinds arrangement and Rise’s delivery heavily reminiscent of Tori Amos.

By way of inevitable comparison, the tribal rhythmic mood of ‘Twisted Tree’ summons the Kate Bush references, but it would be unfair to confine this to enumerating the influences. The pulsating hypnotic drum rhythm of ‘River’, a song as much about relationships as the environment, swells its banks with the African chorus of “Suwannee, Walla Walla, Lackawanna, Susquehanna” while, enveloped in a Clannad like mood (one also redolent on ‘Chapel Bell’), ‘Bloodfox’ is a more musically introspective affair, ‘Hungry Ghost’ undulates and shimmers and ‘The Lake’ takes on a heady neo-folk progressive tapestry of sound with its distanced trance-like vocals, swirling keyboards and repeating drums phrase.

Ending with the introductory backwards tape effects of the spare piano-based ‘Lifeboat’, the vocal mannerisms perhaps just a touch too Tori, this is an album you need to let enfold in its musical perfume. Do so and it will intoxicate.