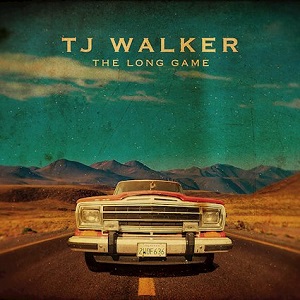 
Cowboys loom large on the debut album by Shoreham by Sea's Tom Walker who found his musical path when his new wife got him to sing at a campfire cook-out in the Grand Canyon. As he puts it on the opening country rock number, the experience made a 'Cowboy Outta Me', the first few lines throwing in mentions of blacktops, trailers, cold beers, truckstops, tailgates and rolling the freeways under the night stars. Later, in melodic midtempo mood, he declares 'I Shoulda Been A Cowboy' and that, kicking up the bluesy swagger, he's a really a 'Funky Country Boy', a weekend cowboy when he's not working as some 9-5 computer slave.

Playing, recording and producing everything himself, it's a solid contribution to UK country music, drawing on such influences such as Chris Stapleton, Brad Paisley, Luke Combs, Little Feat and Albert Lee for story-themed songs that range from the Lowell George southern country funk of the self-harmonising 'What Did You Do?' and the bar band swaggering title track to the lap steel balladry shadings of Coming Home and the windows down, cruising the highway country 'Being The Best I Can Be'.

A particular highlight, where he takes it back to a simple fingerpicked style and musical echoes of Steve Miller's 'The Joker' filtered through The Eagles for 'Roisin', closing things in similarly low key, slow sway mood with the dobro-flavoured young love nostalgia of 'Someday'. It may be a long game, but Walker is unquestionably a player.