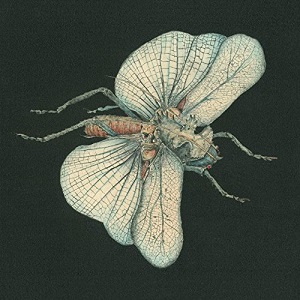 
Formerly billed as Susanna and the Magic Orchestra, Susanna Wallumrød has been releasing albums since 2004, some under the Orchestra duo guise with Morten Qvenild, others solo or with assorted collaborators, most recently Jenny Hval, a varied mix of self-penned numbers, traditional songs and covers, or perhaps interpretations might be a better term.

This, her 13th full length studio album (there's also three best ofs), is all non-original material, embracing traditional folk, settings of poems and three familiar cover versions. The album opens with a number that, written in the early years of the 20th century, isn't strictly traditional but which has become very much a part of the American folk canon. Penned by North Carolina-born African-American folk and blues singer-songwriter Elizabeth Cotten, 'Freight Train' was written in her teens (though she never recorded it until the late 50s) and travelled to England by way of Peggy Seeger, for whom she worked as a nanny, and was popularised by the 1956 hit cover by Chas McDevitt and Nancy Whiskey (though at that point the copyright had been misappropriated) and pretty much kickstarted the skiffle boom. In keeping with her familiar lugubrious style, this version, accompanied by Giovanna Pessi's baroque harp, Ida Hidle's accordion and Tuva Syversten's fiddle, is far slower and more mournful than the usual frisky reading and, as such considerably more beautiful. The first of the actual traditional songs comes with a six and a half minute 'Rye Whiskey', again taken at an atypical slow world-weary pace underscored by harp and fiddle drones that perfectly complement her clear and icy vocals, Syversten on harmonies. Maintaining the downbeat mood and again shrouded by drones, of unknown authorship, 'The Willow Song' was guessingly written in the late 1500s and, sung by Desdemona, features in Act 4 of Othello as she anticipated her death.

Perhaps best known from the 1962 Jean Ritchie recording, the title track, a false lover suicide ballad, is another over which death hovers, afforded a suitably minimalist accordion and fiddle dirge arrangement. The last visitation of gloom from the folk repertoire comes with 'The Three Ravens', an old English ballad known as 'The Twa Corbies' in the Scottish tradition, but with a narrative rooted in Danish folklore in which the ravens looking to feast on the body of a slain knight are prevented by his faithful hounds, hawks and pregnant lover.

There's two settings of works by well-known poets the first being 'Cold Song', a retitling of 'What Power Art Thou', taken from Act III of Dryden's libretto for Purcell's semi-opera King Arthur, or The British Worthy where the Cold Genius, the spirit of Winter, is awoken, the sparse pulsing drone and Wallumrød's glacial fractured vocals deftly mirroring the chill. It's pointedly followed by her setting of Baudelaire's prose poem Invitation to the Voyage, part of the Spleen and Ideal section of Les Fleurs du mal. Although the translation isn't the one most commonly found, it's a lyrically warmer affair about the discovery of a world of beauty, richness and serenity, enhanced by the delicate lushness of Pessi's harp and a touch of Bush/Bjork about the vocal delivery.

The covers are loaded towards the end of the album, beginning with 'Lilac Wine', best known from Elkie Brook's hit (or perhaps Jeff Buckley), but written by James Shelton and here given a courtly minstrel feel, harp standing in for lute while accordion and fiddle add extra colours. Having previously covered 'Love Will Tear us Apart', she returns to Joy Division territory for 'Wilderness', a scathing call and response comment on the destructive history of Christianity that builds its bleak power from simple harp notes to a discordant sonic maelstrom of accordion and scraped fiddle that seamlessly segues into the opening of 'The Three Ravens', which, after all the gloom and despair, actually ends the album on a more positive note, albeit culminating in Lou Reed's hymn to heroin euphoria, 'Perfect Day', an appropriately ice-melting mood evoked by the kalimba providing the main accompaniment to her vocals.

Certainly, it's a chilly listen with a fairly restricted sonic palette, but if you let it wash over you then the effects are quite intoxicating.