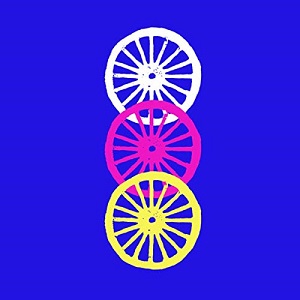 Stick In The Wheel
Album: Against The Loathsome Beyond(Mixtape)
Label: From Here
Tracks: 10
Website: http://www.stickinthewheel.com


I'll admit, I still haven't quite got my head around the mixtape concept. In its most basic sense, I've understood it as being a homemade compilation of often diverse pieces of music from many different sources onto one medium, say a cassette tape. But confusingly, it's also been variously used to denote (in hip-hop) a specially customised, often beatmatched "House Tape" of music without interruption, or sometimes even shorthand for a self-produced, independently-released original studio product, often also involving remixes of existing material. Elements of all of these contexts have been drawn together in the contemporary mixtape, a work of art in its own right, which typically takes the form of a creative assemblage, a continuous sequential programme which dovetails individual items together and is likely to tell a story or develop a theme. This has the undisputed benefit of encouraging the receptive listener to hear with new ears, to experience afresh and anew and with unexpected insights, material both familiar and unfamiliar. And thus the intelligence and sense of purpose with which the mixtape is assembled will naturally inform and direct the listener's response in a particular way, as determined by the artistic vision and intent of the compiler. In the specific case of Stick In The Wheel, English folk tradition is invariably granted new leases of life, new relevances for today, by their defiant aesthetic, their uniquely responsive degree of understanding of both temporal ends of the tradition and their ability to meaningfully express and engage this dichotomy via the mechanics and protocols of the mixtape process, invariably (and incidentally) also involving a customised and/or unorthodox packaging or presentation.

So then to Against The Loathsome Beyond, which is SITW's second venture into the mixtape medium, following on from last year's This And The Memory Of This. Like its predecessor, but arguably even more radically, it finds SITW's core duo (Nicola Kearey and Ian Carter) pulling together the experiential strands - the stark, direct exposition of traditional folk song and culture being allied to an uncompromising experimentalism, its innovative expressive transformation into a thoroughly stimulating, if challenging new musical experience that nevertheless powerfully resonates with the ancient past in which they are rooted.

Against The Loathsome Beyond is also indicatively titled, the phrase deriving from Nine Herbs Charm, a 10th century spell to purge venom from the body, here translated from the Old English and recited by Nicola against an eerily rumbling electronic pulse as if from the very depths of creation, becoming more insistent and subsuming all else in the ether as it takes effect (in expelling the loathsome beyond). The incantation follows on the heels of a midi-synth-bright Drive The Cold Winter Away, second in the mixtape's initial pair of imaginatively reworked ancient carols, where a surprisingly soft-edged, smoothly auto-tuned vocal imparts an almost robotic air to the carol. What a contrast to the seriously arresting mixtape opener, a heavily brooding, throbbing, pagan-drone-infused dark-psych take on Down In Yon Forest where almost any unimaginable evil may be lurking. Embracing the least "conventionally-religious" text, this forms a demonstration of the potency of the indelible and iconoclastic fusion of ancient and modern which is SITW's mission statement.

Next in sequence, the brief, keening My Boy Is Heavy is an original by Nicola, and yet something of an enigma, seemingly little more than an interlude for transference onto the next plane. The trancey instrumental Sang Kencil is a glistening gamelan-bejewelled electro-beat remix of a track from guitarist C. Joynes' recent album with The Furlong Bray, and our journey through its hypnotic soundscape leads inexorably to the swaying electric guitar rhythms of abridged raga Moskeener. At just-past-centrepiece point, we then encounter Nicola's stunning account of the traditional ballad Georgie (again involving C. Joynes), directly expressed with due regard for the core lament. (Some listeners might detect a leaning towards, if not taking on the full rock-improv mantle of, the Sandy Denny Unhalfbricking version of A Sailor's Life.) Pulsating instrumental There Is Work To Be Done forms the musical bridge to the second of the mixtape's incantations - Swarte Smiths, Smateryd With Smoke - which features Nicola's recitation of the highly alliterative Middle English poem emerging out of deep textures from Cinder Well and Wolf People's Jack Sharp. After this, an almost gentle, lyrical instrumental version of Down In Yon Forest eases the mixtape towards what would seem a close of relative repose, but the concord of peace that is in sight is shattered by the approach of a disharmonious drone that crash-lands as if from outer space.

This latest mixtape conjures a musical sequence that inspires creative restoration and reminds us of our folk heritage in the context of a thoroughly contemporary sensibility. Once again, then, Nicola and Ian have delivered a provocative new artefact that is at once from here and out there. At once of, and ahead of, time and its time.

Down In Yon Forest