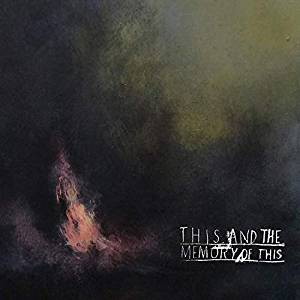 Stick In The Wheel
Album: Mixtape: This And The Memory Of This
Label: From Here
Tracks: 10
Website: http://www.stickinthewheel.com


Those iconoclastic folkers led by Nicola Kearey and Ian Carter have had another phenomenally successful year, beginning with their critically acclaimed studio album Follow Them True; they now ride out 2018 in style with the release of a mixtape-album that “maps the landscape of today” in no uncertain fashion. Sticking resolutely to the very cutting-edge of folk tradition, This And The Memory Of This epitomises the band’s deep-rooted, uncompromising philosophy, while steering ever onward through uncharted territory by following their muse and mission. The perennially unresolved tension between past and present returns ever more forcefully in the band’s latest offering, a raw and discomforting, edgily visionary expression of human experiences, through the medium of time-worn songs and situations and in combining strange multi-dimensional ambiences with a typically forthright and authoritative delivery. To quote the press release, their stock-in-trade is musical psychogeography, songs that are concrete instead of “timeless”…

This And The Memory Of This conforms to the definition of mixtape (strictly speaking, and as opposed to the album concept) being a determinedly homemade compilation from various sources, all the while adhering to the song- and performance-collecting gambit proudly outed in From Here, SITW’s crucial 2013 collection of field recordings. However, as Nicola has also explained, the adoption of the mixtape format was also a sensible – and convenient – way of getting recent studio experiments “from here and out there” (as it were) without the pressure of making a fully finished “album” product. So the listener will need to process and work through the apparent contradictions.

Content-wise, at least in terms of source material, the selection on this mixtape springs no surprises. Some items will already be familiar to SITW fans – for instance, a mix of Lemady Arise, featuring a guest vocal performance from Wolf People’s Jack Sharp, appeared on a summer solstice single release this year, as did another different mix of Cruel Ship’s Captain (even better than the very earliest SITW version of that song, back on the Cuts EP); here, the latter features a particularly gloriously abrasive Nicola vocal tossed on the strident waves of sound. There’s an alternate “live-in-studio” take of Follow Them True from the album sessions, where Nicola uses the autotune pedal to full effect. Jolly Bold Robber is another of those perfectly-suited songs about nicking and/or fighting that SITW do so well. Roger Watson’s Watercress-O eerily builds onto a raw phone recording of Nicola some harmonies from Jack Sharp, Laura Smyth and Ted Kemp added remotely. Wishing Well is a weirdly layered, beat-bedecked re-voicing arising out of a subsequently discarded sample of an Anne Briggs demo (keep up!), which segues into The Memory Of This, a reverberant one-take piano-and-guitar improvisation.

Two of the mixtape’s key tracks feature guest female singers – The Over (in a mix first heard on the BBC6Music Freak Zone) abstracts Lisa Knapp singing the traditional song Don’t You Go A-Rushing amidst a forest of electronica, whereas In The Morning features Anna Roberts-Gewalt of the highly creative duo Anna & Elizabeth, initially reciting her own freeform poem before proceeding into a rendition of a song she’d heard in the fields of Virginia. Stunning… That only leaves the mixtape’s final track, a radical recontextualised sonic remix, by producer/DJ Om Unit, of As I Roved Out – which I believe is identical to that released digitally a short while back along with a parallel remix by EAN (alias Ian Carter himself) of that song. I gotta admit this still leaves me rather cold, since for all that it creatively kicks over the traces and brings the electronica element right into the foreground, it leaves a somewhat amorphous impression. But it grows on you, in a similar way that Follow Them True’s final track (another remix version of this song) does on closer acquaintance. And the axiom of “expect the unexpected” also has its own rewards.

Taken as a unified whole, then, this mixtape, with its sense of urgent, passionate innovation, both reinforces and expands SITW’s creative vision – while following it true, indeed.