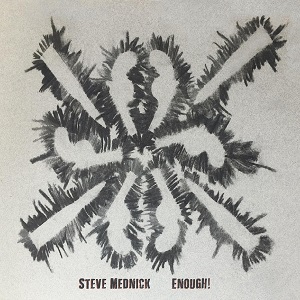 
Born in Connecticut and working a day job as a private law firm, attorney, Medick has released a staggering 14 albums since making his debut in 2006. This is his fifteenth and, as the title suggests, it finds him in decidedly angry political mood, indeed the first seven were all inspired by and dedicated to the victims and survivors of the Parkland Stoneman Douglas shootings of February 2018.

It opens with the accusatory and tragically timely 'What Are You Going To Do', a Neil Young-like gun violence track about the "cowards in the halls of Congress, bending to the will of the NRA" who "read from the same old script" and, switching to slower, acoustic mode, follows with the warning that 'Soon It Will Be Too Late'.

From there it's into the fingerpicked 'Twilight's Last Gleaning', the rumbling, jogging riffs of 'Weapons Of War' with its mixed back vocals, speak-sing dusty Dylan-ish ballad 'Tell Them We Are Rising', the sparse, rhythmic pulsing Whatever Happened To The Dream? featuring Steve Jacobs on violin and the brief call for unity in action Don't Let This Season Pass with multiple backing vocals, tribal rhythm, timpani and tolling (synth) bells finale.

The politics don't end there, however, the rhythmic jogging, bluesy folk of 'Something In The Water' aimed at the lizards that slither from the world's metaphorical swamps to take power and prey on the vulnerable and apathetic while it takes a turn back to the Young and Crazy Horse 70s protest era on the 'Whole World Is Watching'.

There's not a great deal of light here, the album heading to a close with another guitar heavy Youngian rock groove (and a touch of Dylan's 'All Along The Watchtower') on 'A Dark Night Is Upon Us' and finally culminating with the bare, scratchy vocals and crackling static 'Raging Across The Land', pared to the Tom Joad bone with its apocalyptic imagery of storms, ancient texts and a promised land wracked by storms and awash with blood. Albums for our times don't come with much more fire than this.