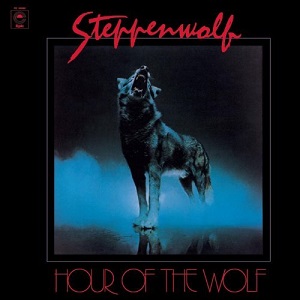 
This is most definitely one for the rockers amongst you. This Canadian Rock band was at its most popular and influential in the late 60's and have just celebrated their 50th anniversary with a tour.

John Kay, the lead singer, is the one remaining member of the band from those heady 60's days of fame and touring. This album is a re-release of their 1975 offering and is just one of the 25 million records that the band has sold over the years. John is much more selective about what he does these days devoting much of his time to wildlife conservation and human rights.

There is nothing surprising about the band's work on this album. It is the same cocktail of hard driven rock with a couple of slower numbers thrown in for good measure. Whilst the band will always be most famous for "Born To Be Wild" from the iconic film "Easy Rider," "Magic Carpet Ride" and "Rock Me" there is much on this album to commend it and which will appeal to fans of the band and lovers of this genre of music.

The standout track and the one which most typifies their music, is "Just For Tonight" which incorporates some great guitar work accompanying the mix of hard and soft music. "Hard Rock Road" provides a perfect vehicle for John Kay's gritty voice and will leave your feet tapping long after it has finished.

Inevitably an album from 1975 will sound slightly dated but it does not lose any of its musical impact. "Caroline" sounds as good today as it did back in the 70's.

If you like your music delivered with real power and a rocking beat, then take a listen to this or any of the band's albums.

Someone Told A Lie