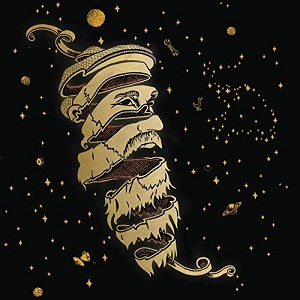 
The Spooky Men's Chorale is a distinctly idiosyncratic 15-strong (and I mean strong!) all-male vocal ensemble from the Blue Mountains, west of Sydney (Australia). They once liked to describe themselves as a "wanton congregation of jolly vocal paths", but public reaction to their early tours of these Isles in 2006 and 2007 soon put paid to that grossly understated, massively undersold assessment. And one might say the Spooky Men's fanbase has grown exponentially with each successive UK tour - now a biennial event. Such is their immense drawing-power. It's been said that a Spooky Men show is almost like a religious experience - certainly in that you need to fully subscribe to the Spooky ethos. And in that respect they're one of those acts that you'll either "get" straightaway or will harbour an inbuilt resistance to. Their leader Stephen Taberner sums up their mission thus: "We're trying to master the impossible art of being both musically immaculate and blitheringly stupid." They perform a cappella, and a typical Spooky Men set will deliver a show-stopping mix of (Stephen's) original compositions both funny and heartbreaking, vocal anthems from Georgia (the former Soviet Union state) and what they term "choralised" versions of rock or pop standards. They make a big impression, "striking while the irony is hot" one might say, with an irrepressible blend of exquisite, well-drilled harmonies, ambitious multi-part arrangements and outrageous theatrical chutzpah. One minute they're sublimely ridiculous, striding manfully around the stage wearing silly hats and the next they're sublimely sensitive, reducing you to tears with an intimate and thought-provoking homily. Amidst all this extravaganza and spectacle, it's easy to forget just how brilliant singers these men are, and together they have the power to conquer all auditoria - including your living-room. I've always felt that while their representation on CD is faithful, bold and big on presence, with a beefy, perspective-filled recorded sound, you do need to have seen the group live to get the most out of the testosterone-filled impact of 16 hirsute males pounding and cajoling their vocal chords into your consciousness.

The Spooky Men are now six albums into their career (not counting a couple of EPs), and continually expanding their repertoire in all three directions. Viz. the maverick abandon of their nevertheless thoughtfully choreographed fun pieces; the quirkily intimate attitude of their life-philosophy songs; and the faultless (and often hushed) intensity of the heart-stopping numbers, which can fall anywhere within the full dynamic range of human hearing. This new album is no exception, albeit with possibly a greater emphasis on Stephen's original outpourings this time. Use of the well-worn phrase "the mixture as before" might imply a measure of unwelcome predictability, and, to be fair, it's inevitable that something of a sense of formula will be apparent, inasmuchas the disc contains the obligatory virtuoso Georgian traditional number and the expected quotient of novelty/comedy items, alongside a small "serious" contingent - in this case, mellow, nicely paced, honestly affectionate and beautifully harmonised covers of the Beach Boys teenage slowie In My Room and the traditional Pallet On Your Floor. For "novelty" cuts, it should prove impossible to follow the celebrated Abba and Beefheart forays of earlier albums, but the Spooky Men sure make a brave stab with a "spookily choralised" fun treatment of David Bowie's Let's Dance (which might be regarded as an improvement on the discofied original) and a live track cryptically (if punningly) entitled Rhapsody In Bluegrass which riotously transports Freddie Mercury's operatic indulgence into the realms of yee-hah and yahoo (cue spoiler alert!). For the rest of the album, it's originals all the way, from the mock-self-conscious, stagey intro (Welcome To The Second Half indeed) and teasing "interior dialogue" What's Going To Happen Now? And the airport-lounge-set Waiting For Our Things via a mighty heave-ho dramatisation of the act of pyramid-building and a life-character-study of Jim (not to be confused with the Belloc setting of the same name on the group's second CD Stop Scratching It), on to the spookily paranoid X-file conundrum of Imposter, and a final coolly nihilistic, existential examination, Nothing.

The cover artwork - a kind of cross between M.C. Escher and Terry Pratchett - brilliantly conjures the surreal, deliciously unpredictable nature of the Spooky musical experience - elements you think are familiar are twisted round into and out of recognition. An ideal companion to the CD within, then.

The problem I guess for some listeners, especially with the more novelty and overtly theatrical items, will be that once the initial impact is made and the moment of delightful delirious shock has dissipated, nothing is any longer a surprise or can be. Whatever you may think of their repertoire or Attitude, though, the Spooky Men will always exude a certain rugged charm, and the "beautiful anarchy" of their performances only partly conceals their tremendous vocal and thespian skill and expertise. Over their 15-year existence, the Spooky Men may have (to some extent) knowingly refined their act into a cult show for a cult audience, but they still retain the power to surprise and delight, and the good Mr. Taberner still has plenty to say about the human condition and life experiences, and thankfully still has the ideal vehicle (the Chorale) to help him realise his vision.

Postscript: I'm acutely aware that this review is impeccably idiotically timed to appear three weeks after the final date on the group's latest (eighth) UK tour. But the CD was late in arriving; and since there's no such thing as bad publicity, this should whet your appetites for next time the Spooky Men hit our shores (2021, one might predict), when I bet you'll be near the front of the queue for tickets!