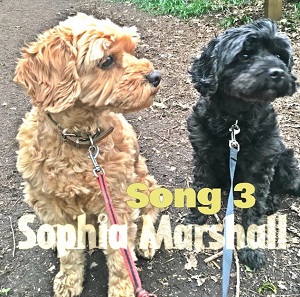 
It's been quite a year for Sophia Marshall. Last October she released her debut album, Bye Bye, which was full of lush melodies and captivating vocals. Then at the beginning of the year she released lin-dah, which took three Kasabian tracks and gave them a twist. Then there was the double track single taking on The Pretenders. Now we get another three track EP take on another iconic band, this time brit pop rockers Blur.

Starting with 90s disco perennial Girls and Boys, only with a ukulele replacing the electronic elements of the original. It's fun and quirky if not entirely successful. Tender is a step up in quality, taking one of Blurs best tracks and turning it into a dreamy melancholic affair. The best comes at the end with Parklife's To The End, which has a wonderful vocal performance from Marshall, full of harmonies and backing vocals that come across as little more than a sigh.

It will be interesting to see how long Marshall can keep up at this rate, but so far every release has been entertaining and well worth a listen. Song 3 is a well worth picking up, twisting the songs just enough to be able to see them in a whole new light.