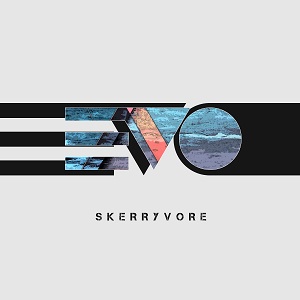 
I’m not usually a big fan of traditional-based instrumental Scottish folk, but this Glasgow-based Celt-rock octet is an exception, combining huge, stirring instrumentals with vocal numbers that veer between emotive balladry and powerful thrusters that, at times, remind me of vintage Runrig.

They kick off with one of five instrumentals, the five-minute full throttle ‘The Exorcists’, a fusion of Martin Gillespie’s title track with Scott Wood’s ‘Donnie’s, pipe drones duly given their head before a Floydian-guitar line and fiddles kick in. Completing the tunes, there’s fiddle Craig Espie’s ‘Mile High’ comprising ‘Mile High Header’ and the rampant pipes and thundering drums of ‘Momentum’, a cover of Aberdeenshire piper Gordon Duncan’s high-stepping ‘Trip To Moderna’ and Gillespie’s two closing tracks, the slow air ‘Soraidh Slan’, a farewell to loved ones lost in 2017, and shaking out any remaining cobwebs a full band, heads down full pelt charge through ‘The Rise’.

Turning to the songs, all bar one written by singer Alec Dalglish, they balance the ballads with the belters, the former are represented by the slow waltzing life on the road thinking of home number (“paradise is wherever your people are”) crowd swayer ‘At The End of the Line’ with its falsetto croon, the mid-tempo folk-pop shades of ‘Waiting On The Sun’, the equally swelling, catchy chorus ‘Hold On’ and the hooks friendly stadium anthem ‘Take My Hand’.

Cranking up the energy, the near six-minute Celtic folk-rock Live Forever is a remix of the steady driving beat of ‘Live Forever’, a 2016 track that featured on Scottish Tourism’s Wild About Argyll campaign, and, the second cover, Glaswegian songwriter Alex Wayt’s driving heartlands and highlands rocker ‘Borderline’.

The title, derived from evolution, means an opening out or the shift from a simple to a complex form. That might well describe the next stage of their career in the wake of this fine album.