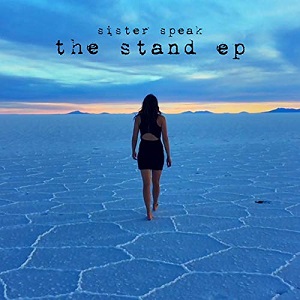 
A Canadian five-piece of alternating musicians fronted by Sherri-Ann, they combine acoustic and electronic music into a rootsy indie rock sound anchored around her soulful vocals with its occasional hints of Stevie Nicks.

EP opener 'New York Sunrise' is probably the strongest track with its atmospheric keyboards, circling guitar notes and drum bedrock, the band's more restrained side in evidence on the piano-led 'Fighter' with its sonic ebbs and flows and the spare title track with its basic acoustic nylon-string guitar backing, crackling static and echoes of atmospheric mode Gretchen Peters.

Piano ballad 'Walls' and the gradually gathering pop flurry of 'Do You Believe' are solid enough without making a huge impression, but, a shimmering, heady duet with occasional member Tolan Shaw, bonus cut closer 'Catch Me As I Fall' weaves the sort of spell that makes you want to hear more.