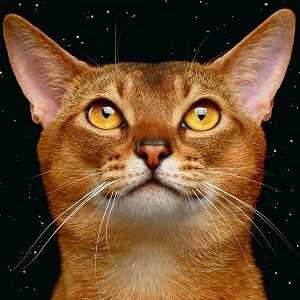 
A writer and performance poet. Simon Wells struck up a writing partnership at Boo Hewardine's song-writing workshops, the pair collaborating on this intriguing and stylistically varied project, enlisting a clutch of notable names on vocals and Chris Pepper on drums to produce an album that floats between dream-pop, electronica, bucolic acoustic and even poetry.

It starts with the first track they recorded, 'Astronauts', its floaty, cosmic psychedelia immediately suggesting formative Pink Floyd as an influence, one reinforced by the subsequent number, 'Granchester Meadows', a co-write with Ben Hewardine (Boo's son) that cheekily steals its title from Ummagumma and rides a similar pastoral ambience, albeit here backdropped by a repeated nervy piano pattern.

Zinc is another co-write with Ben, its airy, almost music hall balladry piano-based melody and chorus at odds with Wells' spoken passages which talk about the war in Afghanistan and are textured by archive theramin samples played by its inventor Leon Theramin.

The musical mood shifts for 'Bridge', a jaunty beat carrying it along as Boo takes vocals for a song based on the true story of a man who, in 2001, painted his marriage proposal on the Park Hill Bridge in Sheffield, the song referencing how it is now illuminated in neon and how the words found their way on to a T-shirt worn by Alex from the Arctic Monkeys. It neglects, however, to mention that although the girl in question said yes, they split up three months later. A bittersweet flavour also flows through 'Airmail', a simple acoustic number about a soldier replying to a letter from his mom, but not being able to bring himself to say he's not coming home.

Karine Polwart and Findlay Napier mark the first guest appearances on 'Love Is', both singing with Napier also on guitar while Boo accompanies on harmonium for a celebratory list song that sees love variously defined as George Best's footie skills, double egg and chips, a fridge magnet and holding hands when you're 75.

Featuring Boo on vocal and Simon sax, 'I'm Just A Cat' is a playful number about, well, being a cat that has a sort of Lovin' Spoonful jug band feel to it. Then, spinning the wheel again, Darden Smith steps up to sing and play 'Oscar', a sparse piano ballad about Oscar Wilde, the lyrics of which sneak in his quote about lying in the gutter but looking up at the stars, and then hangs around to play brisk fingerpicked guitar on 'Tightly Wrapped Jackets' as Simon speaks his politically charged lyrics.

Ben then takes over the vocals, guitar and keyboards for the suitably bouncy 'Trampoline' which it would seem to be is about how staying calm and breathing is better than shouting when you get all worked up. And so it ends, with Boo first on piano and vocals for the waltzing 'Box of Tears' about how love changes everything, and then accompanying Simon on pulsing electric guitar for 'Patti', a heartfelt spoken word tribute to Patti Smith recorded fresh off the page.

I'm not quite sure exactly what audience demographic this might attract, especially among folk circles whose interest in piqued by Polwart, but those willing to take a chance on exploring a different musical cosmos may find themselves pleasantly surprised.