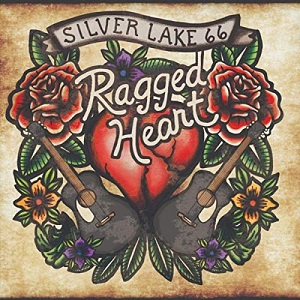 
A Portland-based duo comprising Maria Francis and Jeff Overbo and taking their name from the largest natural body of fresh water in southwest Washington, they sit firmly on the Americana shelf with a mix of folk, country and blues, the songs here generally founded on themes of hope and resilience following Francis recovery from thyroid cancer.

Overbo's twangy telecaster bolstering his lead vocals, opening cut 'Blue Earth County' lays the basis for what follows with a throaty country number that manages to namecheck Derek and the Dominoes followed on by Francis stepping up on the title track's pedal steel accompanied upbeat hillbilly romp.

Swapping lines and featuring the Bizarre Star Strings, 'Broken' is a post break-up heartache waltz, hard times and homelessness the backdrop for 'Faded Tattoo', Francis singing about sleeping rough huddled up to her old dog with the tattoo all she has left of her former life. Another song about bruised hearts, the steel-streaked 'Tender' keeps it waltztime before the batons passed back to Overbo for another yearning mid-tempo song about despair and taking chances, 'Check Out to Cash'.

It's back to the honky tonk days of Patsy Cline for Francis and the smoky blues country slow dance 'Hard Thing To Do', Overbo getting a touch more musically muscular with 'Like A River' about being drawn like the moth to the flame of a relationship doomed to end in tears. It ends with arguably the strongest tracks, first, Francis in Emmylou mood singing of disappointments and crushed hope with 'Broken Dreams and Cigarettes', the hurt comforted by Bryan Daste's pedal steel, and, finally, Overbo on lead with Francis harmonising for the lovingly sung, twangy accompanied, stand by you-themed reassurance of 'Such A Mess'.

It's going to take work to spread the word beyond their Oregon backyard, but there's enough here that speaks loud enough to get them heard.