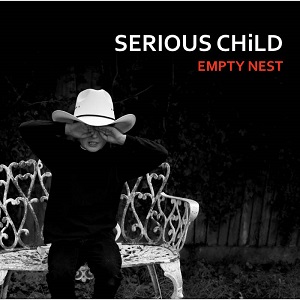 
When Alan Young's wife bought him a place on a five-day songwriting workshop in the Scottish Highlands for his fiftieth birthday, she didn't realise she was also buying him a new career. Although he'd got a decent reputation as a guitar-strumming singer, he'd never written a song before, but Boo Hewardine, who was leading the workshop and for whom he'd once played support, recognised his latent skills and persuaded him to make an album which he would produce.

The album's themed around a quote about finding a new fire in later years from Samuel Beckett's play Krapp's Last Tape, printed below a photo in an office where Young once worked as a research student, the songs dealing with life transitions and the strength and passion to move through them.

It opens with the Latin meets Americana flavours of 'Blue Is Only A Colour', revealing Young to have a rich deep vocal, variously showing shades of Chris Isaak, Scott Walker and The Blue Nile's Paul Buchanan. That said, With Hewardine on keyboards and Chris Pepper on drums, 'Paul The Bag' has a more of a Guns N' Roses rock groove and is rooted in Young's real life encounter with the elderly titular character having a fit of anger over a seat on a train from London Victoria to Bognor Regis, eventually calming down and recounting how he was once a bag man for the notorious Richardson gang in 60s South London, cheerfully snapping one of Young's fingers in demonstrating what they did to folk like him.

It's not the only number with a personal background. The first song he wrote, the Gaelic folk flavoured waltzer 'Three Hail Marys', featuring McCusker on whistle and Brittain's accordion, stems from a family legend that his grandfather was excommunicated for hitting priest while the jazzy brushed snares 'Cinnabar' uses his childhood obsession with catching gold and black caterpillars that turned into crimson moths as a metaphor for a changing relationship. More loosely, opening with a ticking clock, the soulful country-tinged 'Time Keeps Rolling', a song about personal rituals (some might say OCD), comes from his father-in-law's habit of playing the same Paul Robeson record over every Sunday lunch, the number based around and referencing its opening track, 'Ol' Man River'.

Featuring Brittain on accordion and lead vocals, the subject matter giving rise to the album title, the mid-tempo 'Kind Man's Bluff' is a poignant song about a mother's feelings on her child leaving home, pragmatically noting and putting on a brave face as the guitars and drums build it to a climax as she concludes "no one dies of heartbreak so let me help you pack."

There's a Blue Nile influence percolating on 'I Don't Remember Venice' but perhaps the closest reference point as regards musical mood is the laid back vibe of 1967's Groovin' by the Young Rascals, the ostensible romantic nostalgia coming, as the title suggests, with a sting in the tale.

Riding a shuffling train track rhythms with twangsome guitar and catchy chorus there's perhaps a whiff of Brel to 'The Last Chance', another song of lives crossing over to the other side (which could easily be about refugees or death), while, guitar taking prominence, 'No Missed Calls' is a Celtic meets country-rock styled ballad about not wanting the phone to ring and bring an end to things.

For some reason, Gustaf Ljunggren on lap steel, 'Open Skies' had me thinking of, if not The Beatles, then at least Jeff Lynne, while, opening in drifting and dappled mode, as befits the title, 'Speeding' soon picks up the pace on a song about riding into the unknown that also gives off a strong 70s pop rock feel.

It ends on the slow balladry of 'You Wear The Smile' (yet another song that bears the chiming melodic influence of Radiohead's No Surprises), crooningly sung by Young in a way that, to throw another 60s reference into the ring, reminded me of a deeper voiced Noel Harrison. Young may be making a late start as a singer-songwriter, but, as that quote says, he has the fire in him now. Go for the burn.