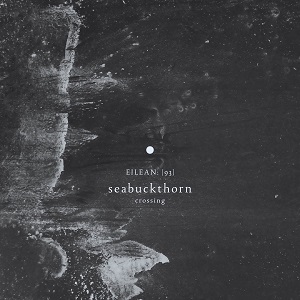 
As my friend Michael Chapman (a man also not adverse to coaxing some odd noises out of a guitar) once said 'life's not fair, there's just too many rules.' As a, listener and music champion I've long given up trying to find the relationship between talent and profile, but the inequality rankles.

Seabuckthorn, or Andy Cartwright as he is on his passport, makes singularly beautiful, emotional music, conjuring unusual sounds from unusual instruments. Its a music that is off the main roads of established musical genres, but it is a powerful music with its own spark and form. Still though it's niche, small label music and I struggle with that. Its closest reference point, for me, is Stephan Micus recording for ECM and to my mind Seabuckthorn should be on an international major label like that, being championed by Radio Three and new experimental music hipsters. It is it seems, inconsistent, not fair. Both Seabuckthorn and Micus are wilfully offroading through musical hinterlands of their own, making music that is rooted in folk, but it's a music from the traditions of a twisted mirror world. Seabuckthorn is a guitarist, but on his own terms, here the main instrument is a bowed metal bodied resonator guitar. The 'Crossing' series of tracks dotted through the album, feature long cello like notes on the instrument surrounded by tones and some 'Get Carter' like notes, offering structure or a recurrent motif. In Seabuckthorn's hands the bowed guitar has all the guttural power of Jacqueline Du Pre's cello and is utterly compelling, cinematic even in its ability to summon pictures. 'Premonition' is softer, the drawn notes are brittle metallic tones, rising and falling like tones or mutant flamenco. On 'Premonition' and 'The Surrounds' drum and percussion gives occasional shamanistic structure. For 'To Which The Rest Were Dreamt' Cartwright pulls short doppler shifted notes out of his instruments. The effect over a slowly shifting pattern of tones is of stately minimalism or the electronica of Public Service Broadcasting. 'The Cloud And The Redness' is another slowly shifting tone poem, part classical part loose form Hawkwind. There is however always a beauty and a grace, it never tips into just being a wigout. Seabuckthorn definitely has a pedal on his board marked restraint. 'The Observatory' layers the bowedotes, letting them build on each other in a way that is simply beautiful. The musical equivalent of a Bill Viola installation art film. 'It Can Ashen' contains one of the albums 'what is that' moments when a distant blown sound thats probably a bass clarinet or some kind of alp horn for the dammed, wafts through the atmospherics. It's as other worldly as Jon Hassell, or Arve Henriksen or the brutal saxophone of Dana Colley. 'The After Quiet' is alive with sounds, some graceful, some disquieting but hypnotic. There are moments when you listen hard, look at the instrument list, then shrug and just enjoy the ride. 'Cleanse' takes the banjo of The Eagles 'Night Of The Sorcerer' much beloved by Douglas Adams and runs with it. Its Deliverance and minimal intergalactic Bluegrass together that resolves to some sublime ambient classical music. 'Circular Sculpture' renders the long bowed notes into immense animal calls or notes on huge ancient mountain wind instruments, but always it swings with a savage beauty and grace. 'I Encountered Only Dark' takes the resonant notes and burrs them to fuzz and layered distortion, like traffic or tube trains. 'Crossed' final track resolves the crossing motif in layers of interlocking echoed sound.

Released on the French Eilean label, this has a limited physical release. That may be a sign of the exciting streamed times we live in or an indication of the specialised appeal of bowed and plucked instrumental guitar. I would say you cant like what you don't know about and somethings would be much more appreciated if they were more widely heard. I guess that's the role of the reviewer, a kind of taste satnav, taking you to things you didn't know about.

This might well be some of the best music you have never heard, It certainly moves me.