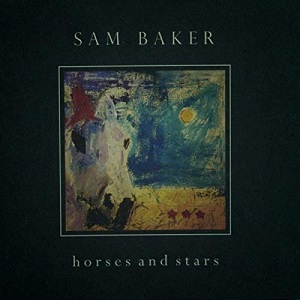 
Texas' own Sam Baker, has a story like no other. Perhaps, then it is little or no wonder, that he ended up writing songs about people, experiences and places. He is a keen observer of people and creates within his songs, some truly memorable characters who remain with you long after the final notes of the songs.

Sam was, in fact, one of the very first artists I had the pleasure of interviewing and, to this day, it remains one of the most special hours I have ever experienced. He has a magnetic personality, which, much like his songs and albums, draw you in, to his story, his truth.

Sam Baker's 2019 release, Horses and Stars, is a first for him; a live recording of his 2018 solo performance at the Imagine Event Center, in Buffalo, New York.

Sam isn't a singer, so much as a storyteller; that is his charm and his magic. I could listen to his stories all day. Live, I have always said, they have a magic and a life very different to on a CD. This has been captured beautifully on this recording. It features a set list, I believe, of some of his finest offerings, in terms of characters, lyrics and stories. Stand out tracks, without a doubt include Mennonite, Snow, Odessa, Migrants, Iron. These have always been incredibly compelling songs. The final two songs are his story, Broken Fingers, juxtaposed with Pretty World to close the collection. There is a lot of suffering and sadness in these songs, yet they are concluded with hope. Despite all we see around us, it is indeed a pretty world. Let's hold onto that.

For anyone new to Sam's music, this would be a great starting point and for long-time fans it is a great opportunity to hear some wonderful songs performed live, where they sound their very best.