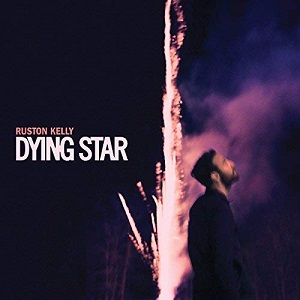 
Based in Nashville and married to Kasey Musgraves (who provides backing alongside his sister Abby Sevigny), this is Kelly's full-length debut for Rounder following his 2017 EP Halloween for Razor & Tie, an album that reflects a time when his life was in disarray and the epiphany that brought him into the light.

It opens with the massively melodic 'Cover My Tracks', setting the album's guitar chiming rock side of Americana (though he's been described as sounding a scruffier-voiced Ryan Adams), his father, Tim, on pedal steel. A simpler, more acoustic but still muscular 'Mockingbird' follows, a nod to a romantic heart as he sings "gonna write a book and put your name on every page" along with the multi-tracked and, until halfway in, unaccompanied vocoder-treated vocals of 'Son Of A Highway Daughter'.

The world weary alt-country, pedal steel weeping strum of 'Paratrooper's Battlecry' nods to his drugs issues, spinning a wry line as he sings "Feels like a curse 'cause the drugs don't work/So I brought a statue of Jesus", the same theme spilling into the sardonic humour of 'Faceplant' ("Took too many pills again/Blacked out for a week/Didn't eat, didn't sleep/Came to, did it all again") and the more mordant slow sway 'Blackout'.

While the simple acoustic strum of 'Mercury' finds him at rock bottom, "breathing only second-hand air", a "snake in the woodpile" and the "dying star in your junkyard heart", the album also underscores his belief that suffering is a prerequisite to joy. This, while the shimmering 'Anchors' may suggest hope slipping away into the fog, determination to change kicks into the midtempo and soulful 'Big Brown Bus', taking a drive across Texas with a pedal steel and piano outro, while the confessional slow dance 'Just For The Record' and 'Trying To Let Her' mark the path to the hard-won wisdom of the stripped back 'Jericho', that you have to "learn how to die for something/So you don't live for nothing", the healing power of love leading to the hope of redemption shining on the slow-anthem five and a half-minute title track.

It ends with radiance on the nimble fingerpicked 90-second 'Brightly Burst Into The Air', echoing the previous track's notion that when stars die they give birth to new ones, that the death of one life is just the transition to another, better one, and that you have to first get lost in the darkness to find your way out and appreciate the light. A truly stellar debut.