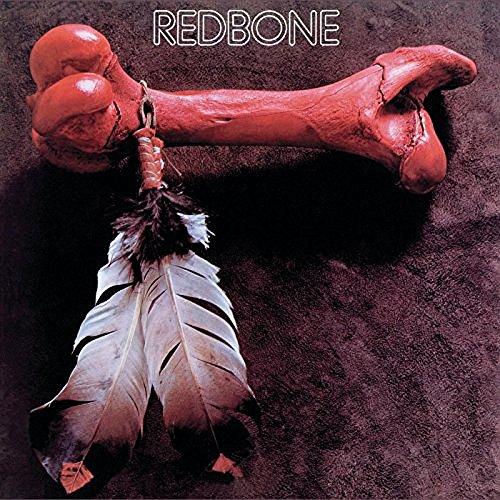 
It was 1971, "Witch Queen Of New Orleans" was climbing the charts both in the U.K. and the States, a swarthy slab of voodoo inspired swamp rock. The single told the tale of Marie Laveau, a character referenced by artists as diverse as Shel Silverstein, Dr John & The Holy Modal Rounders. She was further fictionalised by the likes of Neil Gaiman (American Gods), Jeanine Frost and Marvel Comics.

But what of the story of the band who took the song to number two in October 1971?

Redbone were a coming together of Native Americans in 1969, they chose the name from the Cajun term for mixed race person. They were encouraged by Jimi Hendrix to concentrate on the music of their roots. They landed a contract with Epic in 1970. And in an amazing leap of faith the record label issued their debut as a double LP, an almost unheard of phenomenon for an unknown band at that time.

This then is that debut, remastered by Repertoire Records with the added bonus of the original version of "Niki Hoeky (Hokey)" a song they wrote for P.J. Proby which was a hit in 1967 along with their first single "Crazy Cajun Cakewalk Band".

Certainly there are Cajun influences in the music yet Redbone would meld together influences from the Native American people and fuse a infectious melting pot of R&B, Jazz, Funk and Rock that won them many friends back in the day.

They wore traditional vibrant clothing, they were proud of their heritage, in short they were unique.

Listening now in 2016, the energy and enjoyment of the band bursts through the speakers, the quality of the songwriting of Lolly and Pat Vegas hasn't diminished with time and the direct style of drumming of Pete DePoe is showcased on tracks such as "Prehistoric Rhythm. The predominate style would these days be classed as funk rock encompassing the music more associated with Early Doobie Brothers coupled with the jazzy funk of The Sons Of Champlain but when they stray into Dr John territory they are at their best.

It was a brave step to try and stamp your own ethnic history into a music world where success usually meant following the established commercial path of "white" pop or "black" soul.

Redbone stood tall, stood proud and forged a path for Native American's to be heard and accepted. This is where it began. It's well worth a listen.